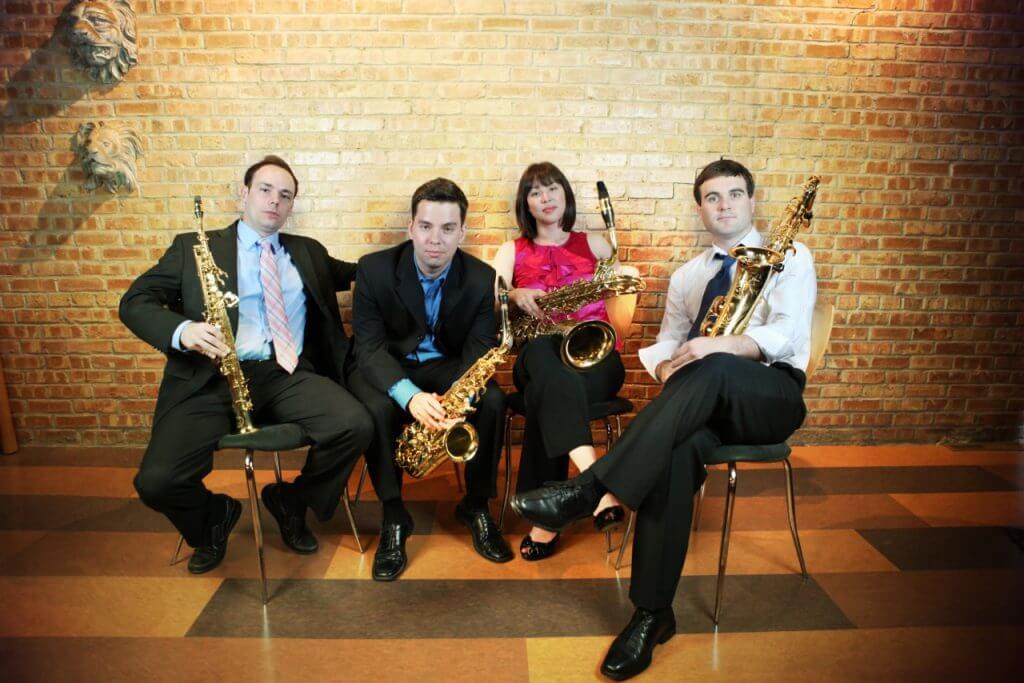 Declared “an ensemble to watch for years to come” by the American Record Guide, the award-winning h2 quartet has been wowing audiences since 2002.  A dynamic and innovative chamber ensemble, h2 constantly seeks to defy perceptions and expectations of the saxophone. h2 takes advantage of the great expressive capacity of their instrument by programming traditional, avant-garde, minimalist, and jazz-influenced works in surprising and compelling ways. h2 has performed throughout the United States, and has performed in Europe, the UK and in Asia. The ensemble has presented recitals at venues such as the Walt Disney Hall (Los Angeles), the National Concert Hall (Dublin), the Guarnerius Arts Center (Belgrade), the Cankerjev dom (Ljubljana) and the Times Center in New York City.  The group is also in demand for appearances and residencies at summer music festivals both at home and abroad, including the Blue Lake Fine Arts Camp in Michigan and the Cortona Sessions for New Music in Italy.

The ensemble has released three critically-acclaimed recordings: Generations, Times & Spaces, and Groove Machine. Each of these albums introduces audiences to a different side of the saxophone, with the latter two comfortably bridging the gap between the popular and avant-garde sides of American music.  The h2 quartet has been featured on NPR and PBS programs, including the nationally-syndicated Backstage Pass, which offers viewers a first-hand look at the inner workings of music groups through in-studio performances and ensemble interviews.

Members of the h2 quartet are: