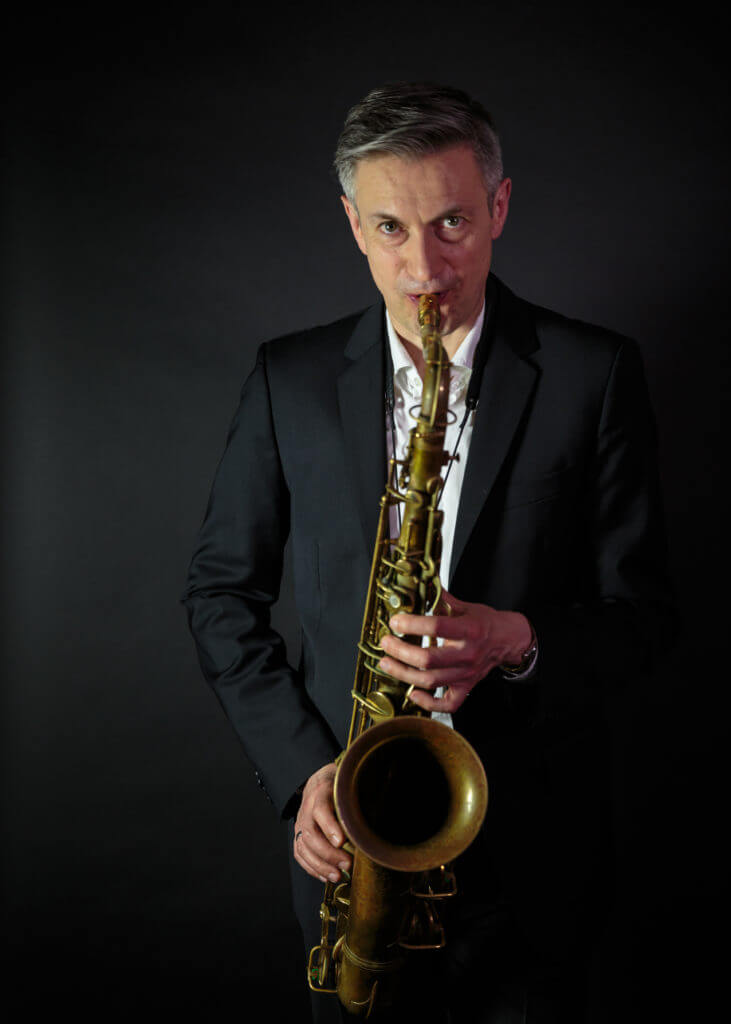 Dave O’Higgins’ tenor and soprano sax sounds are highly personal and recognisable, with a clear sense of melodic development and adventure. A popular performer with the public, with an excellent sense of pacing and presentation, he has a wide palette from Charlie Parker, Dexter Gordon, John Coltrane, Joe Henderson through to Stanley Turrentine and Michael Brecker. He has relentlessly pursued artistic and sonic exploration and development with a deep respect for the tradition of the music.

Dave is a highly regarded educator at the London College of Contemporary Media, where he is the Jazz Pathway Leader.

Also on the CV : Frank Sinatra (the last London appearance – a week at the Royal Albert Hall in 1992) and a tour and album with Ray Charles (Strong Love Affair).

Other regular bands over the years include :

“A stunning player in the neo-bop vein, with an apparently effortless flow of coherent ideas, beautiful time and a highly developed harmonic sense.” – JAZZ GUIDE

“His professional presentation was an object lesson to the amateurishness of local players. His musicianship seemed boundless. Like his friend Martin Taylor did last year to our guitarists, Dave O’Higgins did to our sax players – gave them new and exciting challenges.  And gave us mere listeners an exceptional night.” – ADELAIDE ADVERTISER, AUSTRALIA

“O’Higgins plays with quite exceptional fluency and his fund of ideas never runs out.” – The OBSERVER