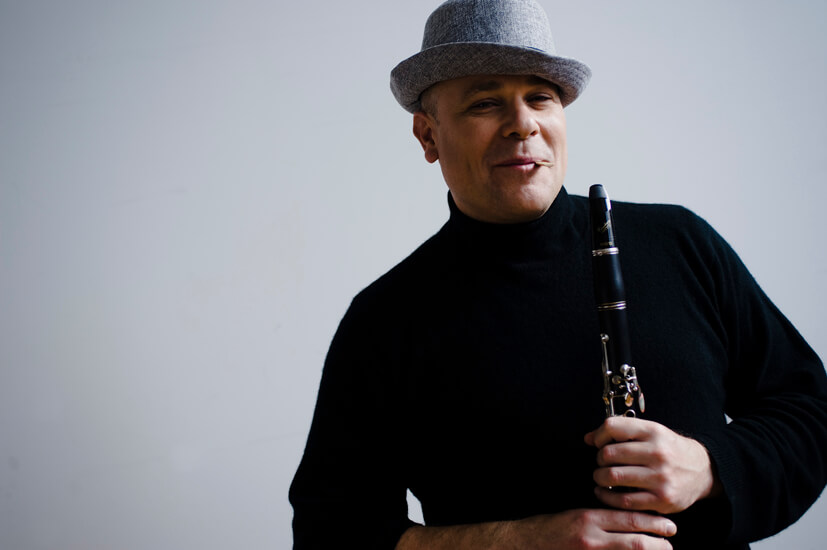 “…he is one of the finest players I’ve heard …competitive with the best of the best.” – Jerry Dubins, Fanfare Magazine

As Principal Clarinetist of the Hong Kong Philharmonic Orchestra (since 1988), Simon has recorded solo works by Baermann and Stravinsky and has performed concerti over 60 times, including John Corigliano’s Concerto for Clarinet and Orchestra which he studied with the Academy Award-winning composer.

Notable concerto performances include those with the Mainly Mozart Orchestra (US), the Singapore Symphony, as well as giving the Australia and Asia premieres of the original, unpublished version of Copland’sConcerto. One of his most memorable stage experiences was playing Mozart’s Concerto on the basset clarinet on a few hours’ notice when a soloist with the Hong Kong Philharmonic became suddenly indisposed. He subsequently gave a performance that was hailed as “outstanding” by C for Culture magazine.

Simon has been Guest Principal with the Mainly Mozart Orchestra, the Scottish Chamber Orchestra, the Royal Scottish National Orchestra, the New Zealand Symphony Orchestra, and the Malaysian Philharmonic Orchestra to name a few. A former National Chairperson of the International Clarinet Association and Artist Laureate of the Clarinet and Saxophone Society of Western Australia, he was profiled in Gianluca Campagnolo’s The Great Clarinettists. Meanwhile, following the success of his first recital CD, “HOT” (“This is a five-star recording”- The Clarinet), he recently released “Ebony and Ivory”, for NAXOS (“A Winner”- Fanfare Magazine).

Simon’s artistry has garnered wide acclaim from audiences, peers and critics. Michael Tilson Thomas has noted his “formidable technique, flair, and musicianship”, while the New York Times music columnist Allan Kozinn compared him favorably to the late clarinet legend, Benny Goodman, in reviewing his Carnegie Hall debut. In addition, American Record Guide applauded Simon’s recordings with the Hong Kong Philharmonic for his “dark rich sound and flawless technique [that] do wonders for the clarinet works”.

Apart from his life as a performer, Simon is also a committed music educator, regularly writing articles, lecturing at conventions, and serving on the faculties of the Hong Kong Academy for Performing Arts, the Chinese University of Hong Kong, and Hong Kong Baptist University. As guest lecturer, he frequents institutions such as Yale University and the New World Symphony in the United States, the Sydney Conservatorium, the Royal College of Music and the Southbank Sinfonia in London, and the Central Conservatory in Beijing.

A graduate of The Juilliard School, Simon is a Buffet-Crampon artist and endorses Vandoren and Ishimori products. He is also the first-ever American-born musician to perform in North Korea. Outside the world of music, his adventurous streak has taken him from an ashram in India to a bungy jump in New Zealand. An avid tennis fan, Andrew’s non-musical claim to fame includes playing a match with John McEnroe. He lost.