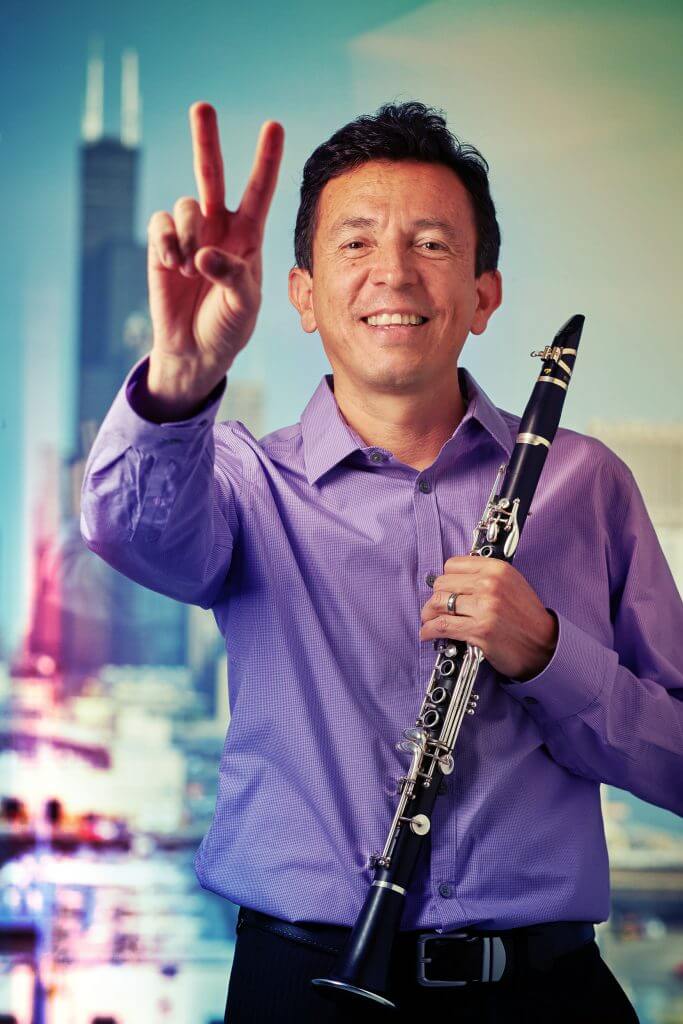 Mr. Wagner Campos serves in the clarinet faculty at DePaul University. Prior to coming to DePaul, he taught at Merit School of Music, Sherwood Conservatory, Lake Forest Academy and the Colombian and Costa Rican Youth Symphony programs. He has taught master classes in Chicago, Colombia, Costa Rica and Puerto Rico.

Mr. Campos had also coached the winds for the Chicago Protégé and Classical Symphonies. Recently, he was invited to coach the clarinet section of NYO2, National Youth Symphony 2, at Sunny-Purchase, NY.

Mr. Campos is currently a member of Chicago Sinfonietta and Fulcrum Point New Music Project. He has participated in concerts with the Milwaukee, Alabama, Charleston and New World Symphonies. He also performs frequently with the Chicago and Philadelphia Orchestras, with whom he has toured and recorded. He has also toured with the Galician Orchestra in Spain.

In 2008, he was invited for one season as principal clarinet for the San Francisco Ballet Orchestra.

At home in Chicago, he enjoys being part of “The Broadway in Chicago” family of musicians, performing shows in the local theaters. Furthermore, he enjoys playing chamber music with groups such as Fulcrum Point, The Avalon String Quartet and CSO MusicNow, among others.

“Wagner Campos is one of the bright lights of his generation of clarinet performers” – Larry Combs, former principal clarinet of the Chicago Symphony

He participated in master classes given by the legendary clarinetist Robert Marcellus.