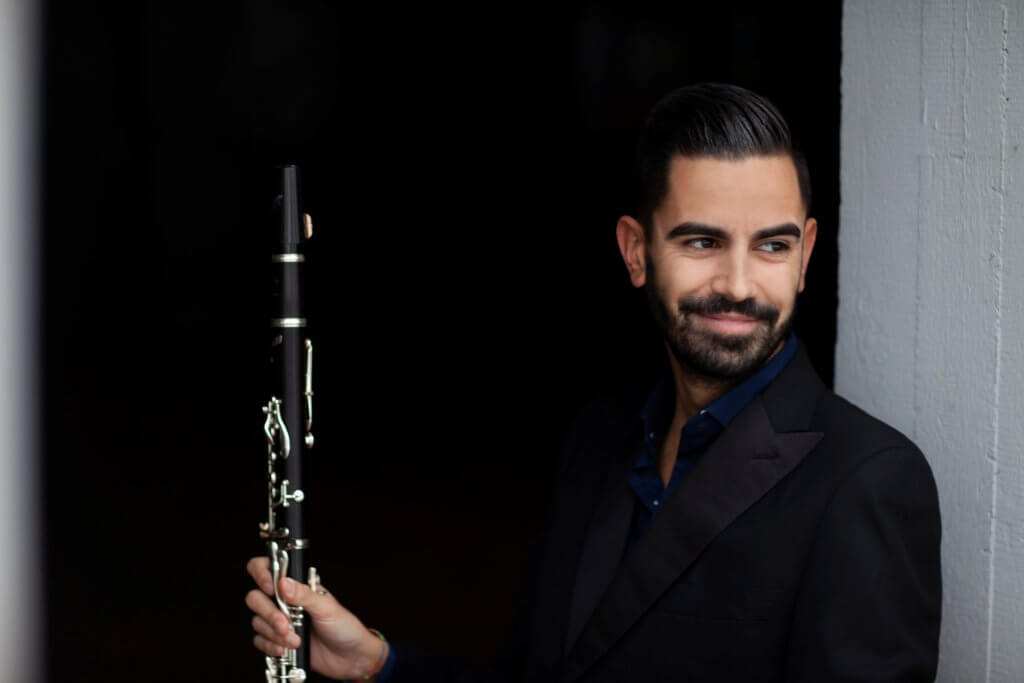 Awarded in 2018 with the 2nd Prize at the 73rd Geneva Competition, following his 1st Prize at the 2017 Ghent International Competition, at the age of 26, Vitor Fernandes is recognized as one of the leading clarinetists of his generation.

Vitor started his musical studies at the age of 7 by being part of a small wind band in his hometown in Portugal, a practice that was and still is very common in this country.

Since then, he has won over a dozen prizes in National and International competitions all over the world.

In 2019, Vitor won a trial for the Solo Clarinet position at the London Symphony Orchestra.

Passionate about teaching, Vitor has been guest teacher at the National Taipei University of Arts, National Taiwan University of Education, Beijing’s Central Conservatory, School of the Arts Singapore, and teaching in numerous festivals in Portugal, Poland and The Netherlands.

In 2018, after finishing his Master’s Diploma at the Haute École de Musique de Genève, he was awarded with the Sih-Woo Cardinaux-Chang prize.

In 2020, he finishes his Diplôme de Soliste with distinction and honors from the jury.

Vitor is a Buffet-Crampon and Vandoren Artist.