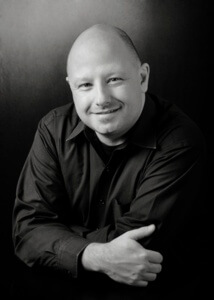 Chris Ferrell is Director of Bands at Hillgrove High School in Powder Springs, Georgia in the Cobb County School District.

Formerly Associate Director of Bands at L.D. Bell High School in Hurst Texas, and Director of Bands at Harwood Junior High School in Bedford , Texas he has also served on the staff of the acclaimed Texas Wind Symphony and performed with the Dallas Wind Symphony. His bands and organizations have presented clinics and concerts for the Ohio Music Educators Association and throughout the North Texas area including the Meyerson Symphony Center in Dallas. Mr. Ferrell also served as saxophone instructor at the University of Texas at Arlington Summer Music Camp.

He received degrees from Miami University in Oxford, Ohio and did additional study in conducting and saxophone at the Oberlin Conservatory, the University of Cincinnati College-Conservatory of Music and the University of North Texas. Mr. Ferrell holds a Master of Education in Music Education from Auburn University, and is a candidate for the Doctor of Philosophy of Music Education at Auburn University. His instructors and mentors include Michele Gingras, Gary Speck, Dr. Paul Cohen, Eugene Migliaro Corporon, Dennis Fisher, Joe Gunn, Ray Lichtenwalter, Michael Haithcock, Gary Markham and Alfred Watkins.

Mr. Ferrell also served as woodwind methods instructor at Miami University. Mr. Ferrell is named in Who’s Who of America’s Teachers and serves as a strong proponent of fundamental teaching and his students have earned positions in Region, Area and All-State band and orchestra organizations in Ohio and Texas. His bands and ensembles have been recognized for outstanding quality earning first-place and first-division honors in many competitions and festivals. He was named Teacher of the Year at Harwood Junior High School in 2001. Mr. Ferrell also instructed the Music component of the International Baccalaureate Diploma Programme.

As a woodwind artist Mr. Ferrell performs clinics and concerts throughout the United States and Europe. He has been a featured performer and presenter at numerous jazz festivals, conferences and trade shows. As a professional performer and studio staff musician he has performed in multiple classical, commercial/advertising, popular and jazz idioms. His flexibility as a performer has kept him very active in Texas and both the East and West Coast areas. In addition to teaching and playing responsibilities, Mr. Ferrell works with the Yamaha Corporation and Vandoren in research and development of new products in the educational and professional performance fields.