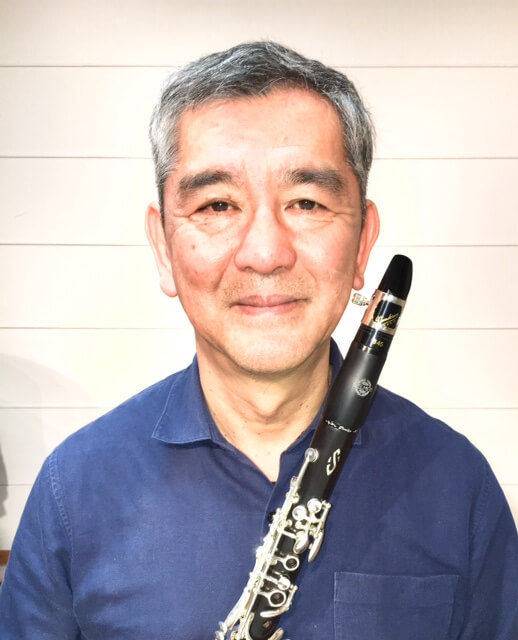 After graduating from Tokyo National University of Fine Arts and Music, he received a scholarship from the French Government to continue his studies of clarinet in France with Guy Deplus, and graduated from the Conservatoire Municipal de Paris and Conservatoire National Superieur de Musique de Paris.

He was also trained as a complete musician by Madame Henriette Puig-Roget.

Since his come back to Japan in 1984, he has performed extensively in recitals, chamber music, contemporary music concerts and concerti with orchestra all over in Japan. He appears regularly at the Summer Festival by the Suntory Music Foundation with Tokyo Sinfonietta, of which he is director and conductor.

As an editor, he works on the repertory for clarinet in Japanese with Zenon, such as Méthode de Klose, studies of Rose, works of Mozart, Schumann, Poulenc and Debussy.

Actually he is music director of Tokyo Sinfonietta.