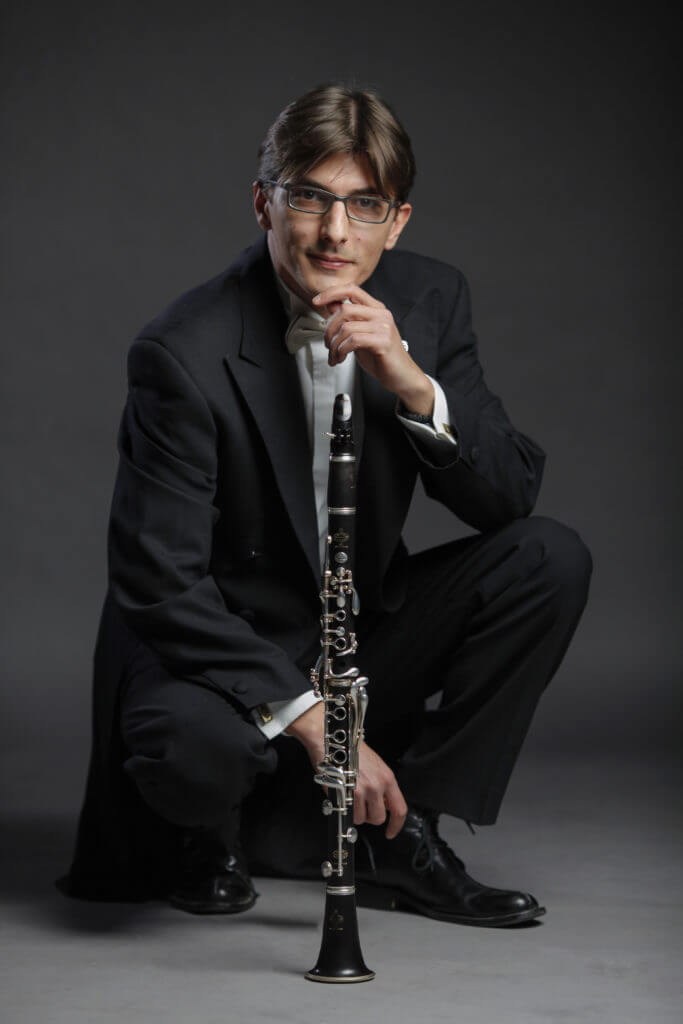 Veljko Klenkovski was born in Pančevo (Serbia) in 1975. He completed Secondary Music School Kornelije Stankovićin Belgrade and then pursued further music education at the Georges BizetConservatoirein Paris. He graduated with the highest honours at the CNRin Paris. Two years later, he completed the post-graduate course at the École Normale de Musiquede Paris and, in 2008, he also earned a Master degree at the Academy of Arts in Novi Sad. Since 2015, he has a PhD degree from the Faculty of Music in Belgrade, where he also received the Bruno Brun Award as the student with the best GPA at the doctoral level of studies. Klenkovski is the laureate of several national and international competitions. The most significant ones include the first prizes at the ConcoursInternational Leopold Bellanin Paris, International Competition in Picardy, National Competition in Ljubljana, the first special prize in the International Competition in Paris and the third prize in the International Jeunesses Musicales Competition in Belgrade. As a soloist, he has appeared with the Royal Orchestra of Brussels, Philharmonie der Nationenfrom Germany, Belgrade Philharmonic Orchestra, Harbin Symphony Orchestra, RTS Symphony Orchestra, Niš Symphonic Orchestra, Belgrade string ensemble Dušan Skovran, St. George Strings, etc. He has also performed with many chamber ensembles at home and abroad, including notable guest appearances in Spain, Russia, China, Germany, France, Slovenia, Austria, Switzerland, Italy, Greece, Slovakia, Czech Republic, the United States and India.

Until 2002, Veljko Klenkovski was the first clarinetist of the Philharmonie der Nationen, Germany, as well as the first clarinetist of the Madlenianum Chamber Opera and the RTS Symphony Orchestra in Belgrade. Since 2002, he has been the solo clarinetist of the Belgrade Philharmonic Orchestra and, since 2015, the solo clarinetist of the Opera in Belgrade. Veljko is a founder and member of the Belgrade Philharmonic Wind Quintet and the Belgrade Wind Trio. He has appeared with the Bruno Walter Symphony Orchestra, as well as the Cyprus National Orchestra. Over the years, he has cooperated with many eminent musicians, including Zubin Mehta, Christian Mandeal, Barry Douglas, Muhai Tang, Leopold Hager, Paul Angerer and others. Veljko Klenkovski has also been active as a professor. He has held master classes in France, Serbia, China, Slovenia, Macedonia and, every year since 2009, he holds summer master classes in Tivat, Montenegro. He is a jury member of international competitions in Macedonia, Serbia, China and Montenegro. He is the laureate of the October Prize and the recipient of the award for pedagogical achievements.

He holds the docent position at the Faculty of Music in Belgrade. He is also engaged in mentorship in Harbin Symphony Orchestra, China.