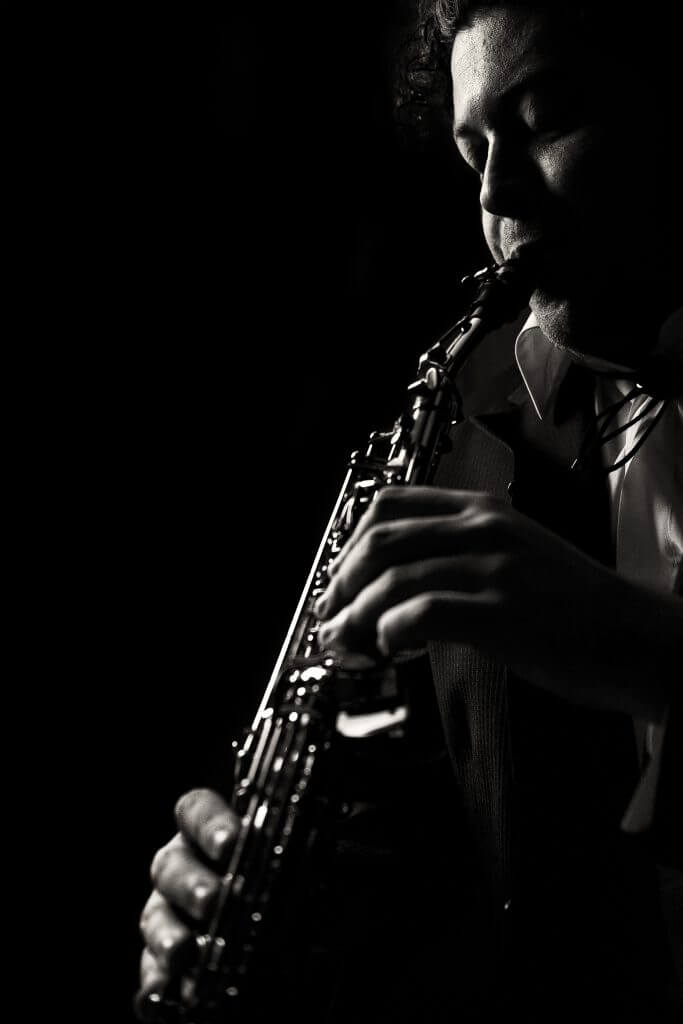 Mimmo Malandra is an internationally recognized Italian saxophonist who works closely with Italian and European composers in order to enhance the expressive potential of the saxophone. He  is a researcher of innovative techniques and of new musical languages. He graduated in saxophone from the Conservatorio di Musica “Luisa D’Annunzio” as student of the Gaetano Di Bacco’s class.
He attended masterclasses  held by Claude Delangle, Eugéne Rousseau, Arno Bornkamp, Francisco Martinez, Alain Crepin, and Vincent David, as well as Gaetano Di Bacco, Enzo Filippetti, Giuseppe Berardini, and Fabrizio Paoletti of the prestigious “Quartetto di Sassofoni Accademia.” He took part in courses with saxophone professors of the Conservatorio Superiore di Oviedo in Spain and of the Mannheim Musikhochschule in Germany. Furthermore, he studied at the Accademia superiore “Città della Musica e del Teatro”  and  at the “Accademia Italiana del flauto” of Rome, with  by Jean-Yves Fourmeau. He  participated in two editions of the “European Saxophone Campus” with Claude Delangle and in three editions of the INTERNATIONAL MEETING OF SAX in Nova Gorica, Slovenia.
He won national  and international competitions of classical and contemporary music. He is the dedicatee of many compositions of which gave the World Premier. Among the many awards he has received, there is the Prize Rotary Club  for young  talented  musicians  “International Rotary  Club Young  Musician 2015”.
He  gave concerts in various formations: saxophone and piano, saxophone and organ, as a soloist, with chamber ensembles, in saxophone ensembles, and in collaboration with many  symphony orchestras including the “Orchestra internazionale giovanile Fedele Fenaroli’”, “ Orchestra Sinfonica del Teatro Maruccino”, “ Orchestra Sinfonica Europea Ars Musica ”, “Orchestra Sinfonica Gabriele D’Annunzio”, I Solisti del Teatro Marrucino, Big Band F. Fenaroli, I “Solisti Aquilani”,  and others. He worked with important Orchestra conductors like Donato Renzetti, Jan Latham Koening, Claudio Desderi, Pasquale Veleno, Luigi Piovano, Piero Romano, Antonio Cericola, Angelo Valori, Antonio Ciacca  and Gabriele Pezone .
He has collaborated with soloists Serge Bertocchi, Andy Farber, Calogero Palermo, Roberto Miele and with the Brazilian artist Emanuel Dimas de Melo Pimenta.
He has given concerts as a soloist in Greece, Switzerland, France, Belgium, Romania, Slovenia, Croatia, Kazakhstan  and Italy.
He is involved in the research and the spread of Italian music for saxophone with a particularly attention on contemporary music and on music for the cinema and the theatre. He teaches saxophone in Italian public school and in various academies and holds master classes in Europe and lectures on Italian music for saxophone and the international contemporary music.
He recorded a CD of world premiers  in collaboration with some of the greatest contemporary Italian composers: Sergio Rendine; Ennio Morricone, Nicola Piovani and Luis Bacalov Oscar Awards; the famous harpist Cecilia Chailly, the cellist Giovanni Sollima and music writers chamber of Marco Tutino, Marco Betta, Giovanni D’Aquila and Opera Lorenzo Ferrero writer. (Sterling record label)
His arrangiaments and editions have been published by “ Casa Musicale Sonzogno”
He is the founder of the “Sax Sophia Quartet” for which the composers Germano Mazzocchetti, Andrea Morricone and Dinos Costantinides have written new works. The quartet has given world premieres.
He is currently collaborating with composer Sergio Rendine as saxophonist soloist for a new work and has played in world premiere at the “Concert for Peace – Assisi Sacred Sound 2015” in worldview Rai World – one of his compositions for the 70th anniversary of Hiroshima and Nagasaki.