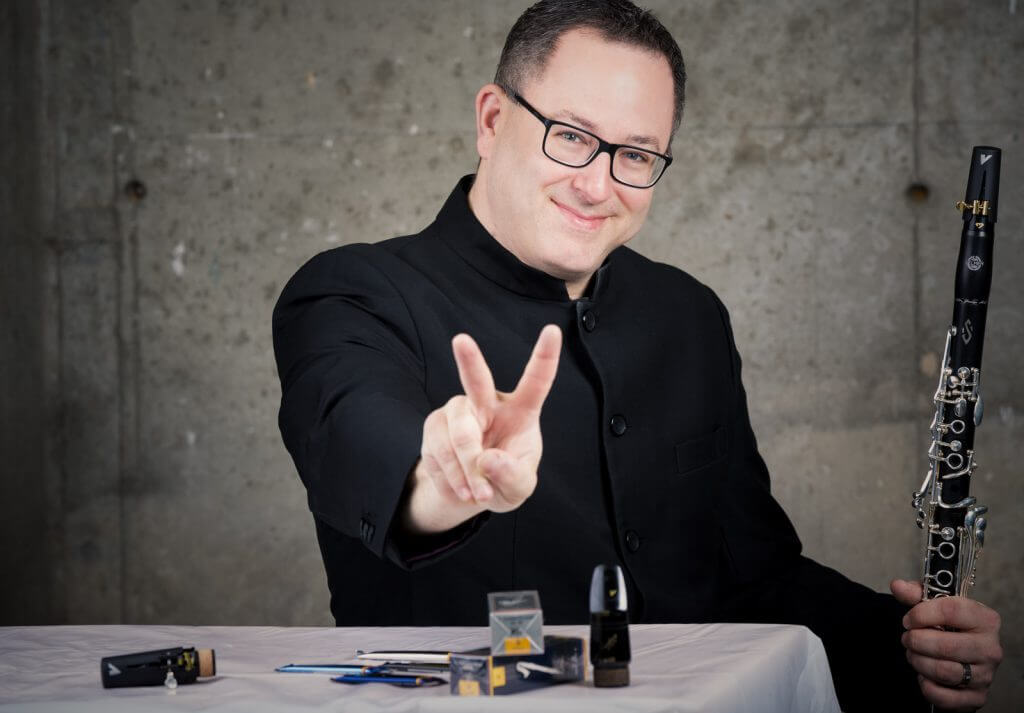 Michael Norsworthy’s virtuosity and unique voice on the clarinet have made him a sought after soloist and chamber music collaborator and garnered praise from critics and audiences around the globe. His performances have taken him to distinguished concert venues including Vienna’s Musikverein, Moscow’s Tchaikovsky Philharmonie Hall, New York City’s Carnegie Hall, Merkin Hall and Miller Theatre, Boston’s Jordan and Symphony Halls, St. Louis’ Sheldon Concert Hall, Festival Casals de Puerto Rico and the Aspen Music Festival.

Mr. Norsworthy is one of the most celebrated champions of the modern repertoire.  A veritable chameleon, he regularly defies categorization and has captivated critics and audiences around the globe with performances that explore transcendent virtuosity and extremes of musical expression.  To date, he has given over 150 world premieres with leading contemporary music groups, including Klangforum Wien, Boston Modern Orchestra Project, Manhattan Sinfonietta, Fromm Players at Harvard, Boston Musica Viva, Callithumpian Consort in Boston, Ensemble 21 in New York and the Pittsburgh New Music Ensemble.  He has collaborated with a veritable who’s who of composers from around the globe including Pierre Boulez, Harrison Birtwistle, Elliott Carter, Chris Dench, Brian Ferneyhough, Michael Finnissy, Lukas Foss, Hans Werner Henze, Helmut Lachenmann and Magnus Lindberg among many others.

As an orchestral musician he has performed with leading groups including the Orpheus Chamber Orchestra, St. Louis Symphony, Boston Philharmonic and Boston Ballet and is currently principal clarinet with the Boston Modern Orchestra Project.  As a member of the Star Wars Symphony Orchestra, he has performed for combined audiences of over 730,000 people in the USA, Canada and Mexico with the touring production “Star Wars In Concert”.

Norsworthy is interested in breaking down barriers that exist between classical music and popular and jazz as well as collaborating with artists working in other mediums.  He has shared the stage with such popular and jazz icons as Herbie Hancock, Wayne Shorter, Savion Glover and Bela Fleck.  He worked in the motion picture industry and toured with numerous musical theater productions as a woodwind doubler on saxophone and been presented by the New Gallery Concert Series, Cy Twombly Gallery in Houston and the Institute for Contemporary Art in Boston alongside works by major visual artists.

Michael Norsworthy is a Selmer Paris Artist and Artistic Advisor as well as an artist/clinician for Vandoren SAS and plays on Selmer Paris clarinets and Vandoren reeds exclusively.  As a pedagogue, he is constantly in demand at schools of music around the world and has presented masterclasses and clinics at places such as the Juilliard School, Michigan State University, University of North Texas, Colombia University, Harvard University, Nagoya College of Music, Seoul National Univesity, China Conservatory and the Shanghai Conservatory.  His previous appointments include a professorship at The Boston Conservatory at Berklee, Longy School at Bard College, artist in residence at Harvard University with the Harvard Group for New Music and was on the artist faculty at Columbia University and served as Massachusetts state chairman for the International Clarinet Association.

Mr. Norsworthy holds advanced degrees from New England Conservatory and Southern Illinois University at Carbondale, and has attended Michigan State University. His teachers include Elsa Ludewig-Verdehr, Eric Mandat, Kalmen Opperman and Richard Stoltzman.  He is the recipient of many awards and distinctions, among them: The John Cage Award, Borromeo String Quartet Guest Artist Award and Southern Illinois University’s Chancellor’s Research and Creativity Award, grants from the Yvar Mikahashoff Trust for New Music, St. Louis Artist Presentation Society and St. Botolph Club Foundation and a fellowship from the Aspen Music Festival.  He has written scholarly works for the New Grove Dictionary of Music and Musicians and articles for the quarterly journal The Clarinet.

Norsworthy currently resides in New York City and is the owner/founder of Reedworthy Woodwind Services, a woodwind speciality repair shop in Brooklyn and the New York Clarinet Workshop.