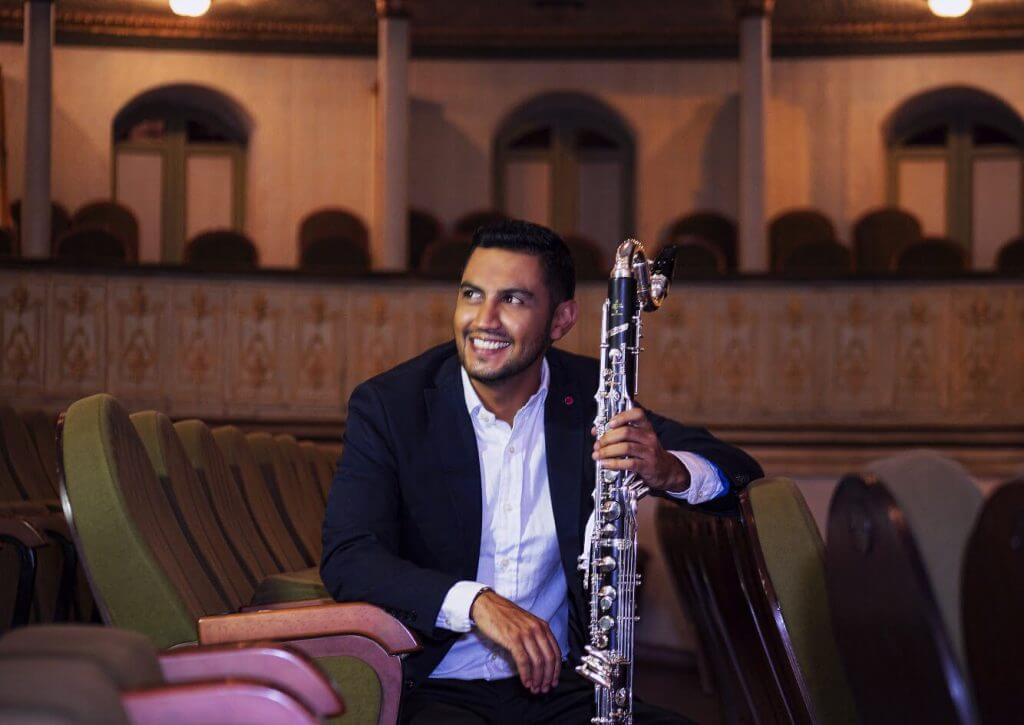 Master degree in music, specializing in bass clarinet, director of thesis Dr. Javier Asdrúbal Vinasco, EAFIT, University of Medellin, Colombia, 2015.
Undergraduate studies at the Faculty of Arts of the University of Cauca. In 2011, obtained the professional title of Clarinetist, under Andrés Ramírez Villarraga.
Played with the Latin American Wind Orchestra (OLV) in 2009 and 2010 as bass clarinet.

Guest principal bass clarinet with the Medellin Philharmonic Orchestra, the EAFIT Symphony Orchestra, the University of Cauca Chamber Orchestra and Symphony Band, the Valle Departmental Band, the Ceja Symphony Band of El Tambo, Antioquia, the Cauca Wind Orchestra (OCV) as well as noted Symphony Bands from the department of Nariño in the towns of Pupiales, Imues, Gualmatan and Sapuyes, participating with these groups in outstanding gatherings and competitions at the national level, winning awards and high placings. He has also worked with a number of chamber music groups and has collaborated on various CD recordings.

In 2007 he founded the “Vientos y Pastos” clarinet quartet, winners of the Young Musician series « Jóvenes Intérpretes » organized by the Luis Ángel Arango Library of the Bank of the Republic in Bogota for the 2008 – 2010 seasons, performing in a number of concert halls around Colombia.

He is founder and current director of the Informus musical initiation and training program of the Foundation University of Popayan in the department of Cauca, Colombia.