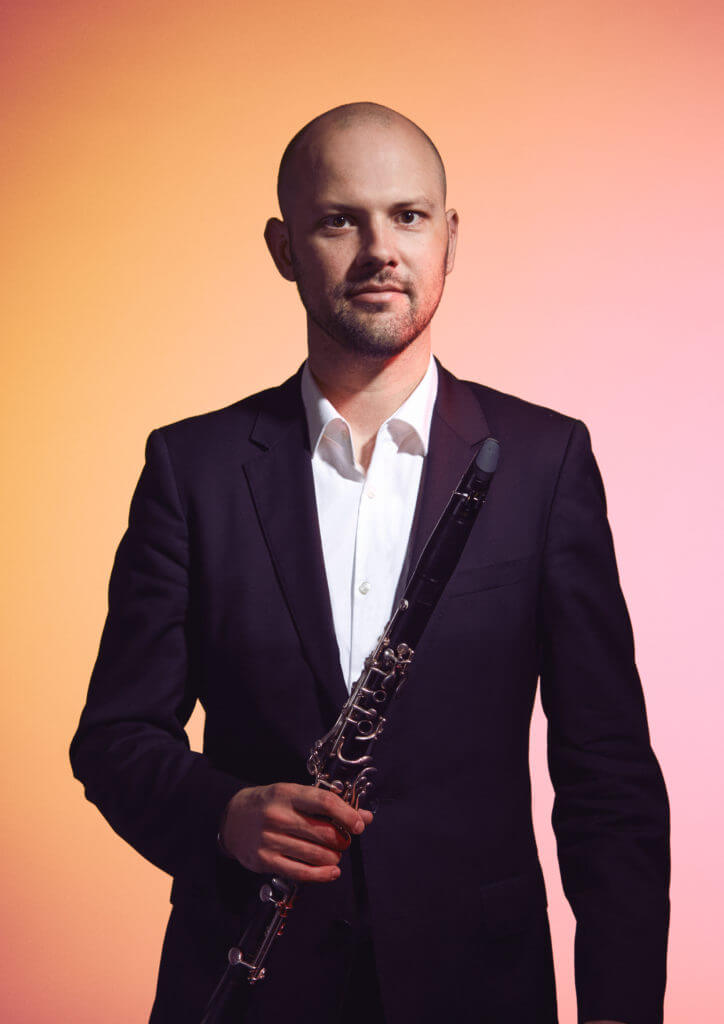 David Rowden was born in Sydney and studied clarinet from a young age. He was later awarded a scholarship to study at the Royal Academy of Music, London, where he won the Geoffrey Hawkes Prize for clarinet performance in 2004. Whilst overseas, David studied in Italy with Anthony Pay at the Accademia Musicale Chigiana, Siena, in France at the Academie de Villecroze with French clarinetist Paul Meyer, and also at the Pacific Music Festival in Japan.

Since returning to Sydney David has performed as a freelance orchestral musician with the Sydney Symphony Orchestra, Australian Opera and Ballet Orchestra, The Queensland Orchestra, New Zealand Symphony Orchestra and as Guest Principal clarinet with the Seoul Philharmonic Orchestra. In 2011 he was a finalist in the ABC Young Performer of the Year Awards performing Copland’s Clarinet Concerto with the Adelaide Symphony Orchestra. As a freelance chamber musician, David has performed as a guest artist with the Australia Ensemble and Sydney Soloists. During 2013 and 2014 David curated the House Music series at Government House, Sydney, one of the most popular and acclaimed music series in Sydney.

In 2005 David founded the Omega Ensemble, one of Australia’s premiere and unique chamber music groups. As Artistic Director, David has overseen the growth of the organisation during the last ten years, from early performances in church halls and private homes to Ensemble in Residence at City Recital Hall (2014 – 2016). Omega Ensemble has collaborated with many International and Australian artists including Emma Matthews (soprano), Paul Meyer (conductor/clarinet), Dimitri Ashkenazy (clarinet) and Timo-Veikko Valve (cello) and during this time has initiated the commissioning and performance of over twenty new Australian works. For their first performance in 2016, David gave the Australian premiere of Bernard Herrmann’s Souvenirs De Voyage (Clarinet Quintet) at the Utzon Room, Sydney Opera House. Other career highlights with Omega Ensemble include a performance of John Adam’s Chamber Symphony with the Australian National Academy of Music (ANAM) conducted by Paul Meyer in 2014.

In March 2016 David was elected an Associate of the Royal Academy of Music (ARAM). This honour is awarded to former students who have made a significant contribution to the music profession. Most recently David appeared on the 50th Anniversary DVD of Australia’s most iconic children’s program, Play School, where he performed with Justine Clarke and (of course) Big Ted.

David recently recorded his debut album with Omega Ensemble on the ABC Classics label. This album was a collaboration between Omega Ensemble and Dimitri Ashkenazy (clarinetist), with a performance of George Palmer’s Clarinet Concerto It Takes Two. The album also features a performance of Ian Munro’s beautiful Clarinet Quintet “Songs from the Bush” alongside Mozart’s Clarinet Quintet. David is a Buffet-Crampon & Vandoren artist and currently performs on the new Divine clarinets.

In November 2017 David toured to China with Omega Ensemble giving performances and masterclasses at the Beijing Central Conservatory, Chang Chun’s JiLin College of Arts and Dalian University. In March this year, David returned to China with the Ensemble to perform in the Sanya International Festival of Arts in Haitang Bay.