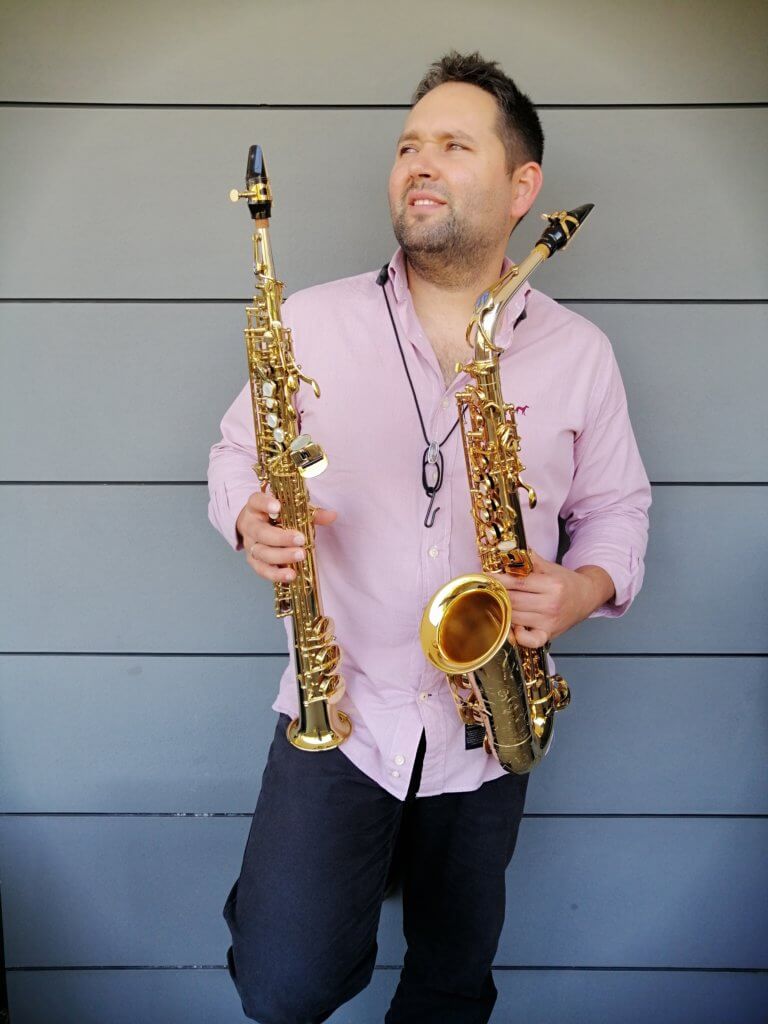 He was a teacher at Leiria Conservatory Music School, David Sousa Music Conservatory in Figueira da Foz and Alcobaça Academy Music School and gave Masterclasses and Workshops in Aveiro, Águeda, Albergaria-a-Velha, Figueira da Foz, Pombal, Coimbra, Santarém, among others.
Interested in the creation and development of Portuguese Contemporary Music, his Master Degree Thesis talks about: “The influence of the voice on the artistic expression of a saxophone”.

He is a member of the Art Sax Quartet and Artistic Director of the S.F. Louriçalense Saxophone Ensemble.