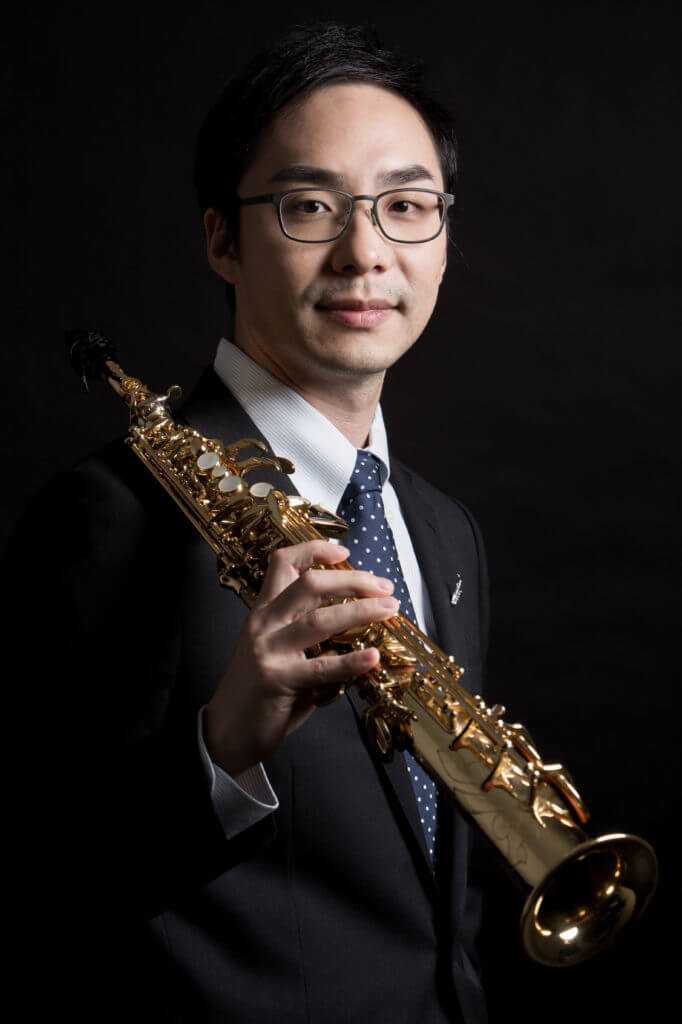 Born in 1981, Taipei. Chun-Hao KU is the principal organizer of “Taipei Philharmonic I-Saxo Workshop International Saxophone Symposium” in 2014 and 2016. He has pointed as a soloist saxophonist with National Taiwan Symphonic Orchestra (NTSO) which he had played many concert with them during the fall season 2014. The program had included the most well-known repertoires of saxophone orchestral solo melodies such as G.Bizet, M.Mussorsky, M.Ravel…, etc.

Ku is invited to be the producer of several big projects by National Concert Hall, including 2018 Innovation Series, “ISCM-TW Commissioned works” Concerts of Taipei New Music Festival in 2016 and 2017. He is also invited to be one of the soloist in the part of the “Atlas Ensemble Project” by the National Concert Hall. Ku Has shared the stage with many international musicians : Clément Saunier, Matteo Cesari, Tom De Cock…etc. 2014, Ku was invited by Le Bureau de représentation de Taipei en France to play a recital “ Hommage à Adolphe SAX” with french saxophonist Steward Souppaya in Paris which celebrated Mr. SAX’s 200 anniversary. From 2010 to 2014, Ku gives regularly lecture of music at Tunghai University. He is also one of the member of Taipei Philharmonic Chamber Society where he gives frequently concerts and performances in each music season.

Chun-Hao Ku started his music experience at age 5 with classical piano. Later he attended in a school choir at elementary school, and played trumpet at junior high school. KU started learning Saxophone at age 16 when he was at Taichung First Senior High School with no professional saxophone teacher at that time. Three years later, he was selected by a pre-audition of music department of Tunghai University, Taichung, for majoring saxophone studying with Shyen Lee in 1999. During the college years, Chun-Hao KU showed his passion of learning music. In addition to working hard to improve his saxophone skills and knowledges, Ku eagerly attended as many musical events and activities as possible. He minored four years under Dr. Annie Chung’s class in orchestral conducting and double minor composition with Dr. Mei-Chun Chen for one year.

After college and military service in Taiwan, Ku went to Paris to continue his music studying where he attended into Jean-Yves Fourmeau’s studio at Conservatoire de Cergy-Pontoise in 2005 and became the first taiwanese student in his class at that time. In Cergy, Ku continued his passion of learning western music. Outside of the saxophone, he took classes of chamber music, music theory, a cappella, early music interpretation and transcription at conservatoire. He also tried to attend many international activities during his journey in France. 2016, he released his first personal album – Le son, L’image.

Ku was officially a member of RATP Philharmonie and l’Orchestre d’harmonie de Levallois as a principal saxophonist since 2006 to 2010. He is also pointed as a
soloist saxophonist of Philharmonia Moments Musicaux (PMM) and National Taiwan Symphonic Orchestra (NTSO).