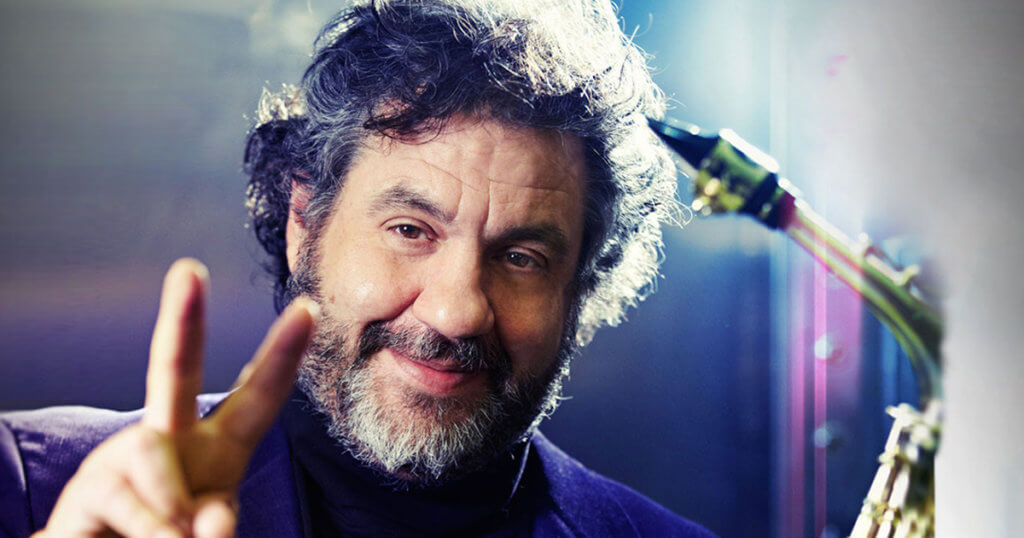 Hayes Greenfield producer, composer, saxophonist, filmmaker, bandleader, and educator has been active on the New York City jazz scene since the late ’70s. As sideman, he has built enduring associations with such notable artists as Jaki Byard, Rashied, Ali, Paul Bley, Barry Altschul, and Richie Havens. As bandleader, Hayes has recorded and produced a number of critically acclaimed CDs and played throughout the U.S. and Canada, headlining in such popular New York City clubs as the Blue Note, Birdland, the Knitting Factory, and CBGB’s. European tours have taken him and his bands to the Aalen Jazz Festival in Germany, Brighton Jazz Festival in the U.K., the Albi, Coutances, Bordeaux, Amiens, Hyeres, and Avignon Jazz Festivals in France, and the Aarhus Jazz Festival in Denmark. Critic Stanley Crouch calls Hayes Greenfield, «one of the musicians whose grasp of the jazz fundamentals makes him a trooper dedicated to the continuation of the music as an art.»

In 1997, Hayes founded Jazz-A-Ma-Tazz, his live, interactive show for young people that introduces jazz in a fun, unique, and participatory way. While Hayes and his band jazz up familiar songs, young people are encouraged to join in through call-and-response, scatting, singing, interpretive sound, movement, conducting, and tap dance. Says Hayes, «What I am trying to do with Jazz-A-Ma-Tazz is to show kids how much fun they can have with jazz. To stretch their ears and minds to the magic and joys of improvisation in a way that enables kids to embrace this beautiful music and make it their own. When I get done with them they leave chanting, singing and knowing that jazz is alive and well and not old fogy music.» Jazz-A-Ma-Tazz plays internationally in a variety of venues, including festivals, performing arts centers, schools, community events, and museums.

As educator, from 1993 to 2000, Hayes ran the music department at The Door, an enrichment center for inner-city youth in New York City. He developed the music component for an entrepreneurial program funded by The Gap, designed the recording/rehearsal studio and MIDI workstation production facility, taught music, and produced The Door’s first CD of young people’s music. For several of those years, Hayes also mentored young men at Friends of Island Academy, an organization providing services to those making the transition from incarceration back to the community.

Hayes’ residencies include teaching jazz improvisation on both coasts to both elementary and high school students, designing and teaching an intensive recorder program for 5th graders, and helping to develop a Literacy Through Jazz curriculum for the New Jersey Chamber Society that is currently being taught in New Jersey private and public schools.

As a film composer, Hayes has scored more than 60 films, documentaries, commercials, and TV specials, many of which have received awards, including the prestigious Emmy. In 2002, Hayes scored the feature documentary, American Rebuilds: A Year at Ground Zero, which aired on PBS as part of its 9/11 memorial programming. Berlin Metamorphoses, another feature documentary, premiered in Berlin at the 2002 World Congress of History Producers. Other notable subjects for which Hayes has composed scores include films on the Berlin Airlift; Russia facing the future in the new millennium; luminary figures such as General George Marshall; artists Roy Lichtenstein, Frank Stella, and James Rosenquist; architect Philip Johnson; poet laureate Billy Collins; and photographers Elliot Porter and Jan Groover.

A filmmaker, as well, Hayes Greenfield has produced two award-winning short films: For the Children, a film/music video, and Friends of the Children. Both films examine problems facing American youth in today’s society and investigate ways that caring adults and community programs have helped shape young people’s lives in positive and productive ways.

Hayes Greenfield is both a Yamaha and Vandoren performing artist, and proudly plays a Yamaha Custom Z alto saxophone, and Vandoren mouthpieces and reeds on all his horns.