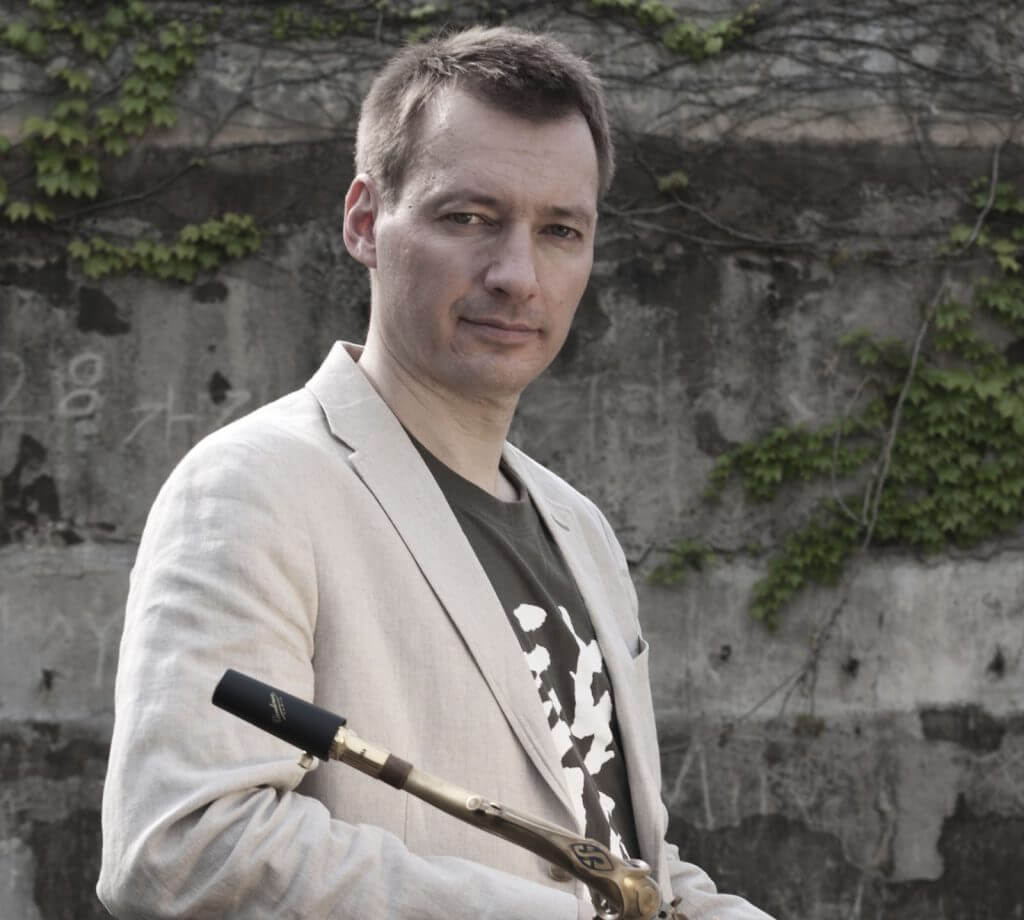 Although Danish-born Martin Jacobsen has considered Paris his home base since 1995 before dividing his time between Italy and South Korea from 2016, the busy saxophonist keeps travelling extensively througout Europe and abroad.
Born in Copenhagen, Denmark, he began playing the tenor saxophone at the relatively late age of 19, driven by a strong urge for musical expression after listening to jazz for about a year, especially the Miles Davis group with John Coltrane of the 1950s. He received a few lessons from fellow tenorman Tomas Franck, but largely taught himself to play. «It isn’t always the best way to learn because you can make mistakes, do things wrong and then you have to waste time correcting bad technique. But also, doing it the hard way, you can make discoveries. You definitely find out what is really important.»

Through the 1990s, Martin worked with a host of talented young jazz players on the Copenhagen scene and was heard with the Bust’n Bloopers Big Band with among others Bob Mintzer and formed his quartet with guitarist Jacob Fischer in 1993. In 1995, he took the advice of saxophonist Bob Rockwell who suggested he move to either New York or Paris. Martin plumped for «Paree» and has since been performing, recording and appearing on radio and TV shows with Doug Raney, Bobby Durham, David Sanborn, Niels-Henning Ørsted Pedersen, Mark Taylor, Yutaka Shiina and many others.

Martin Jacobsen has his base in Seoul most of the year, but is a busy traveler in Europe and abroad and has performed in more than 25 countries, including Japan, Italy, England, Germany, Vietnam, Cambodia, Singapore, China, Mongolia, Macedonia, Albania, Scotland, South Korea, Canada, Indonesia, Spain, UAE, Mozambique, Portugal, Switzerland, Hungary, Netherlands, Belgium, Lebanon and of course in Denmark.
His latest SteepleChase release «Live in Tokyo» has confirmed his position among today’s most prominent European saxophonists.

With 25+ years teaching experience, Martin Jacobsen has frequently been invited to hold jazz improvisation and saxophone technique clinics in France, Italy, Japan, China, South Korea, Indonesia, Mongolia, Vietnam and Mozambique, and has been teaching at music schools in both Paris and Copenhagen.

His book «Let’s Speak Jazz! A Conversational Approach to Jazz Improvisation for Saxophonists» was published in 2018 by Schott Music. A new saxophone method book is scheduled to be published by Schott Music in 2020.

Martin Jacobsen is a SteepleChase recording artist, endorses Vandoren reeds and mouthpieces, and plays on an Ishimori Woodstone tenor saxophone.