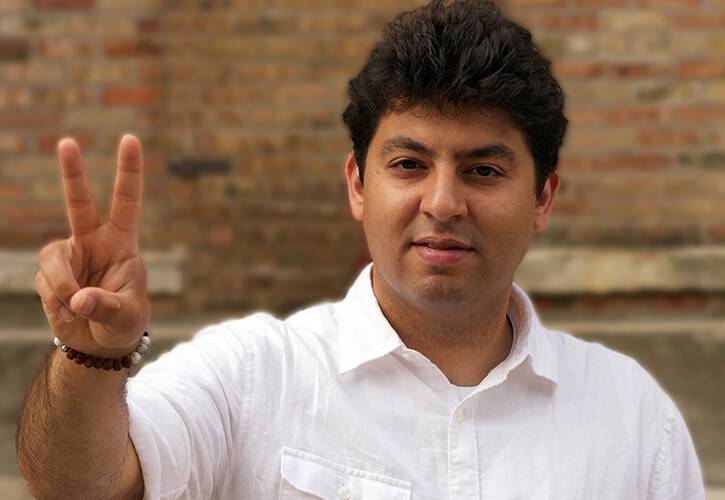 Emil Khudyev was appointed as the new instructor of clarinet at the Interlochen Arts Academy in 2014. Prior to this position, he served as the acting Associate Principal, Second and E flat Clarinet of the Kansas City Symphony.

Named as the first Vandoren Emerging Artist Competition winner, clarinetist Emil Khudyev is recognized as an outstanding musician on the international concert stage around the world today. Emil’s sincere music-creating promotes the arts and builds the next generation of classical music lovers of all ages.

Emil is a sought after recitalist and chamber musician throughout North America Europe and Central Asia. He has performed as soloist in prestigious halls and venues such as Carnegie Hall, Walt Disney Concert Hall, Colton Hall, Severance Hall, Krannert Center for the Performing Arts, Seiji Ozawa Hall, Paul Hall, Glinka Hall in Russia, Mahtumkuli Hall in Turkmenistan, and Wolsey Hall. Emil is an active chamber musician and a founding member of the Boetti Trio, and has collaborated with artists such as Yo-Yo-Ma, Joseph Siverstein, Emanuel Ax,  members from theTokyo String Quartet, and Linden Quartet. He has appeared on both radio and TV, on NPR, WCLV and the Turkmen Channel 1.

Born in 1986 in Turkmenistan Emil is the youngest of three siblings. Emil followed his older brothers’ steps and began his musical training. At the age of 7, he was admitted to the Special Music School of Turkmenistan, then one of the fifteen republics of the Soviet Union. In the summer of 2001 Emil won a full scholarship to attend the Interlochen Arts Camp, and was immediately offered a full scholarship to attend the Interlochen Arts Academy, where studied for four years with Nathan Williams. In 2005, Emil began further studies at the Cleveland Institute of Music under Franklin Cohen, Yale University to study under David Shifrin, where he received his Master’s Degree and The Colburn School Conservatory of Music under Yehuda Gilad.

Emil is a Vandoren artist, and he often performs with his wife, Nozomi, who is a wonderful pianist. They enjoy every moment spending time with their daughter.