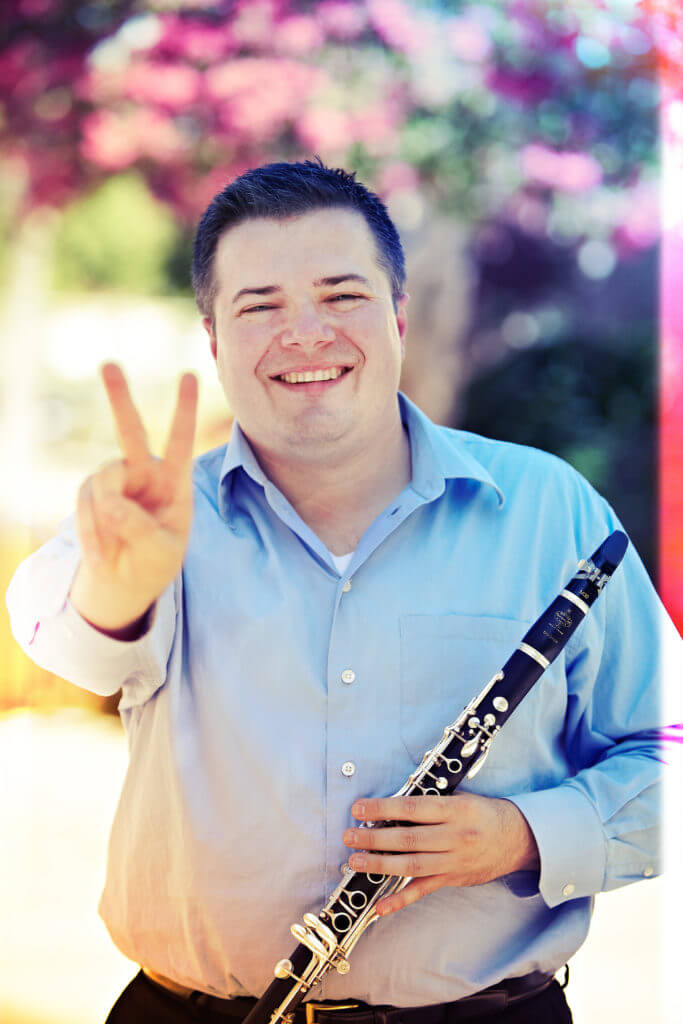 Clarinetist, Chad Burrow, has a multifaceted career as an educator, solo artist, chamber musician and orchestral musician. The European press has said that Chad performs with “brilliant technique and tonal beauty mixed with an expressive ferocity.” Danish critic, Henrik Svane, went on to describe a performance as filled with « virtuosity, energy, and power without compromise. » The New York Times recently called a Carnegie Hall appearance in Poulenc’s, Sonata, as giving a “strong impression” and being a “bright and genial account.”

In 2009, Chad was appointed to the clarinet faculty of the University of Michigan, where he teaches clarinet, chamber music and has served as the director for the Michigan Chamber Players. Additionally, he serves as co-artistic director for the Brightmusic Society of Oklahoma (http://brightmusic.org) and is on the faculty of the Sewanee Summer Music Festival (www.sewaneemusicfestival.org) and Alpenkammermusik Festival in Austria (http://alpenkammermusik.com). Chad is the current principal clarinetist with the Ann Arbor Symphony and regularly performs with the Detroit Symphony and the Michigan Opera Theatre Orchestra. He is also the former principal clarinetist of the Oklahoma City Philharmonic, the New Haven Symphony, Quartz Mountain Music Festival, the Arizona Musicfest Orchestra and the past Associate Professor of Clarinet at Oklahoma City University.

Chad has recordings released by Albany Records, CD Baby, Centaur Records, and Wei Studios in Taiwan. A recent recording of Brahms and Schumann, with pianist Amy Cheng, was released on CD Baby. Chad is also the clarinetist with Trio Solari. The trio has had a regular touring schedule around the world since 2006. Trio Solari’s most recent recording, on the Centaur label, features works of Bartok, Khachaturian, Milhaud and Edward Knight. A recording of William Bolcom’s, Clarinet Concerto with the Michigan Symphony Band is awaiting release.

Chad serves as an artist for Backun Musical Services. He plays exclusively on Backun, MOBA clarinets.