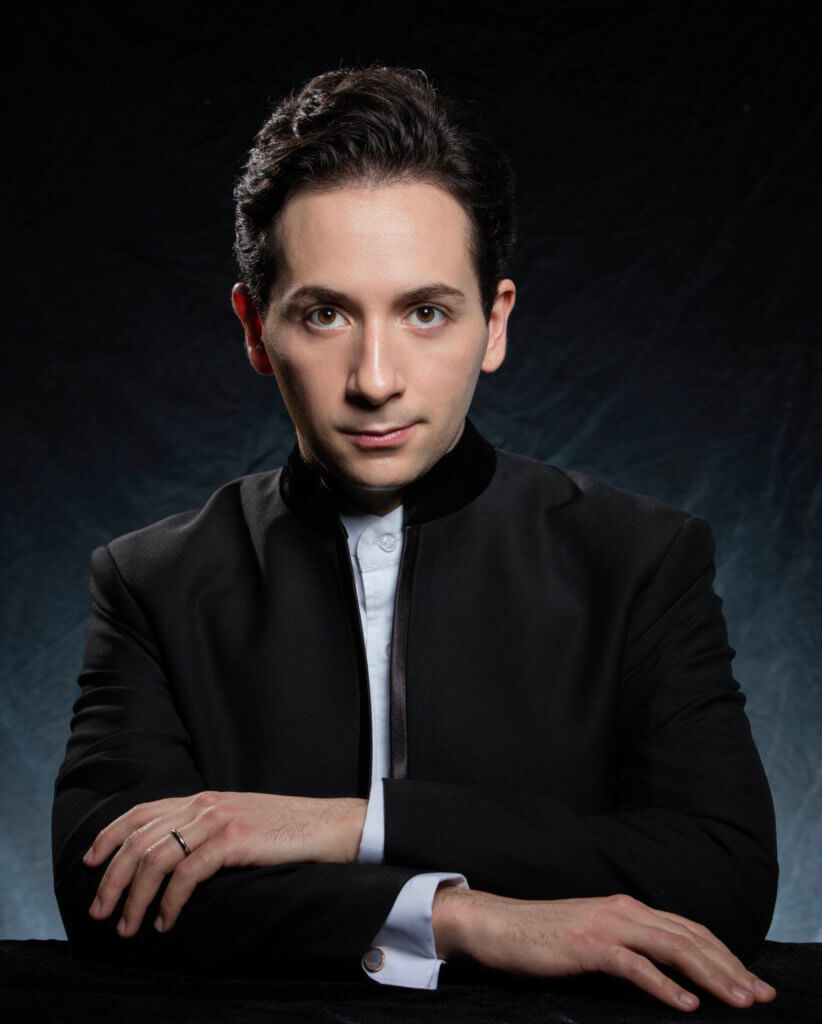 Lorenzo was born in Potenza, Italy in 1985 and studied at the Luigi Cherubini conservatory in Florence where he graduated with first class honours.

As soloist Lorenzo performed the most important repertoire for clarinet (Mozart, Weber, Rossini) several times in Europe and Asia, and made his London Wigmore Hall debut in collaboration with the London Conchord Ensemble.

He studied orchestral conducting with Maestro Piero Bellugi in Florence and recently with Maestro Donato Renzetti in Rome. He is regularly invited to conduct ensembles and orchestras in Italy, USA and China.

Lorenzo is founder and artistic director of Ensemble Ubertini, a chamber orchestra based in Tuscany with guest musicians from Hong Kong, Europe and United Kingdom. The main interest of this ensemble is to rediscover some of the most important repertoire of the twentieth and twentyfirst centuries.

The Ensemble has participated in several classic festivals in Italy (Festival delle Musiche in Cortona and Castelbuono Classica). Special mention to the concerts with the Italian pianist Gilda Buttà (official pianist of Ennio Morricone) playing the first version of Rhapsody in Blue and the Friedrich Gulda Cello Concerto with Kristina Blaumane (Solo cellist of the London Philharmonic Orchestra).