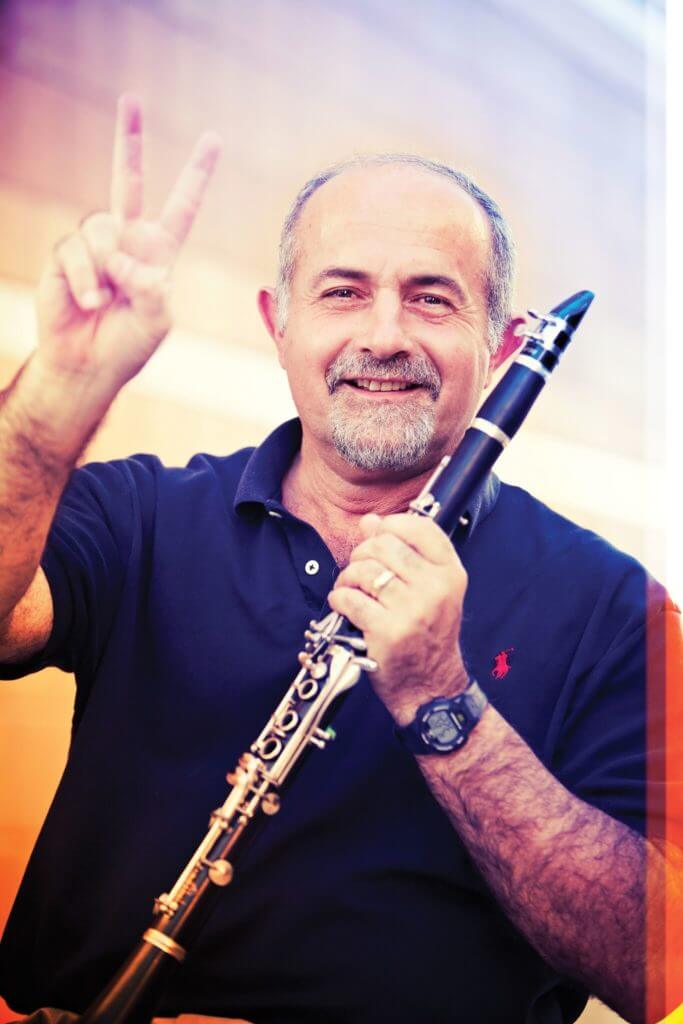 A teacher, instrumentalist and conductor, Yehuda Gilad strives for “total musicianship,” and as a result, he has won the acclaim of both critics and audiences alike. As one of the founding members of the Colburn School Conservatory of Music, Mr. Gilad serves as Music Director of the Colburn Orchestra and Professor of Clarinet for the Colburn Conservatory, the Colburn Community School of Performing Arts, and the Colburn Music Academy. In addition, he is Professor of Clarinet at the University of Southern California’s Thornton School of Music, and across these two prestigious institutions, he has developed one of the most sought-after clarinet studios in the world. His students have achieved top honors in every premier international clarinet competition, and graduates of his studio hold positions in over 150 major orchestras worldwide, including the Cincinnati and Minnesota Orchestras; the New York, Los Angeles, Stockholm, Sweden, Hong Kong, China, and Seoul Philharmonics; San Francisco Opera; the Concertgebauw; and the Orquesta Nacional de España, to name a few. In 2012, he served as president of the jury for the Carl Nielsen 5th International Clarinet Competition in Odense, Denmark. Mr. Gilad is a recipient of numerous honors and awards, including the Distinguished Teacher Award from the White House Commission on Presidential Scholars, the Ramo Award, and USC’s highest honor for excellence in teaching. He was also named one of Musical America’s 2015 Professional Influencers of the Year. Mr. Gilad is regularly invited to present master classes and performances at music conservatories and major festivals around the globe.

Mr. Gilad’s success as a conductor equals that of his renown as a teacher and performer. Since its inception in 2003, Yehuda Gilad has served as Music Director and Conductor of the Colburn Orchestra and has been instrumental in the ensemble’s development from a small string orchestra to a full symphony orchestra. Maestro Gilad’s additional music directorships have included the Malibu Strawberry Creek Music Festival (recognized by the County of Los Angeles for its artistic contribution to the community); the 20th Century Unlimited concert series in Santa Fe, New Mexico; the Thornton Chamber Orchestra; the Santa Monica Symphony Orchestra; and the Colonial Symphony of New Jersey—The Star-Ledger: “Gilad transformed the Colonial Symphony into one of [New Jersey’s] artistic trendsetters.” Under his leadership, the Colonial Symphony became the only orchestra in the area to receive an NEA grant for seven consecutive years, and in 1995 and 1996, the orchestra received the Distinguished Arts Organization Award from the New Jersey State Council on the Arts for its artistry and programming merits. Mr. Gilad received acclaim from The New York Times for his “strong imaginative programming” and championing of American and contemporary music. Also an active guest conductor, his appearances have garnered critical acclaim in many countries on three continents. In 1987 he became the first Israeli-born conductor to perform in China and has since conducted numerous engagements in Beijing and Shanghai. Mr. Gilad’s repertoire encompasses a broad range of musical styles, and he has enjoyed collaborating with contemporary composers such as John Corigliano and Iannis Xenakis, among others.

Born and raised on a kibbutz in Israel, Gilad began his musical education at the age of 16. Following his conservatory studies, he emigrated to the United States to further his education. His former teachers include Giora Feidman, Mitchell Lurie, and Dr. Herbert Zipper. Additionally, he was an active participant in numerous intensive master classes with the late Sergiu Celibidache and Leonard Bernstein.