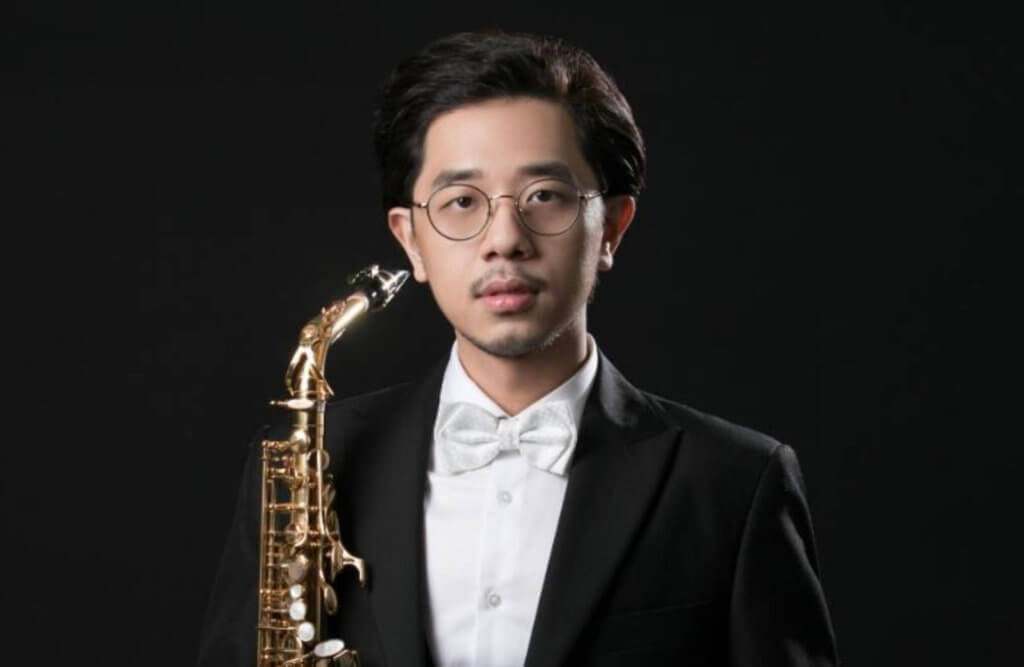 Jacky Leung is one of the most active young classical and pop Hong Kong-born saxophonists. In 2016, he was the first saxophonist who got a full scholarship from The Hong Kong Jockey Club Music and Dance Fund (Local Studies). In 2018 & 2019, he won the 1st runner up and 2nd runner up in Concerto sectionand Solo Wind section in the Osaka International Music Competition.

Jacky had given various musical styles of performances as a guest soloist and guest chamber group in many international events and radio broadcasts including World Saxophone Congress, Asian Saxophone Congress, Asia Pacific Saxophone Academy, Music China in Shanghai and Radio Television Hong Kong etc. In 2017, Jacky was invited as the guest lecturer of “Lao Shan Art Lecture” held in Qingdao Grand Theatre, which was later aired in the Qing Dao TV Dangjian Channel.

of Minnesota. In January 2020, Jacky was being invited by Osaka International Music Competition to perform in their Winner Gala concert.

Along with his instrumental career, Jacky at the same time is active in composition and arrangement works. He always arranges music for his chamber group ONLY ONE and the ONLY ONE Jazz Orchestra, and he also writes and composes many different varieties of pieces for school, organization or commercial parties. In March 2019, He did a world premiere of two of his own compositions “FATE” with multi-media & “LOCUS II” with piano in the North American Saxophone Alliance Region 3 conference, together with his own arrangement of the famous Chinese repertoire “Tribe of Yao Dance 瑶族舞曲” into saxophone duo, which received high acclaim. In 2017 & 2018, he was the producer of CDs, “Fly High Little Ones @ Sham Shui Po” & “Amazing” for Music Children Foundation (MCF) charity musical & the producer of the MCF online Live concert series (10 episodes) in 2020.

Moreover, Jacky leads a number of orchestras and concert bands as conductor & band director participating in numerous performances and competitions. In 2017, he played and conducted in the concert with West Symphonia band from Singapore, which received high recognition. In the same year, he has served as one of the jury members of the Elbe Valley International Music Festival.

Last but not least, Jacky is very committed to contributing to the community as well. He is the music director of Music Children Foundation (http://musicchildren.org.hk/en/home/) providing free music training, including different music curriculum & chamber music experience to underprivileged children in Hong Kong.

Jacky is currently the Music Director of the Music Children Foundation, Vice Chairman of the Hong Kong International Single Reed Association, freelance saxophonist of the two most representative orchestras in Hong Kong namely the Hong Kong Philharmonic Orchestra and the Hong Kong Sinfonietta. Jacky is also a Vandoren artist.

More information and media clips are available at www.jackyleung.hk