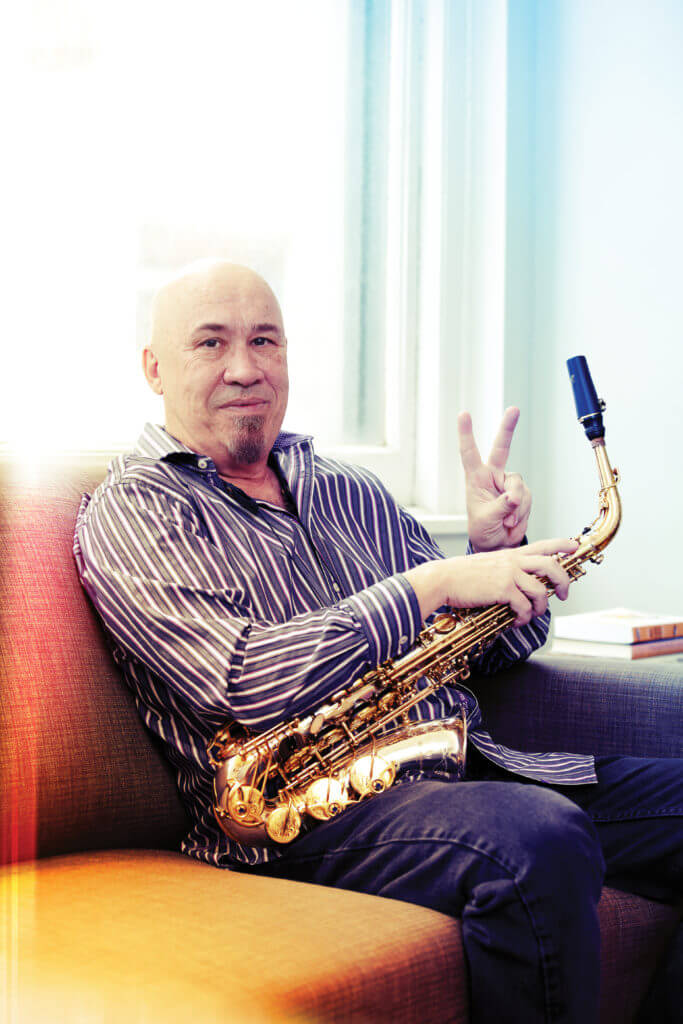 Saxophonist, flutist and composer Steve Slagle makes his home in New York City. He has released 19 CD’s as a leader, and performed on countless others. His many original compositions  are published  by Slagle Music, BMI worldwide. Steve was musical director of the Mingus Big Band for many years, and wrote many of the bands arrangements as well as  with Joe Lovano’s Nonet. He has received two Grammy Awards for recordings with each of those groups, and continues his association with them. As a leader, Steve concentrates on new sounds and new compositions with his original voice.

Steve attended Berklee College of Music in Boston on a Downbeat scholarship at age 18 and subsequently received his Masters in Music at MSM in NYC.

Steve’s last two recordings ‘Alto Manhattan’ ( 2016) and ‘Dedication’ ( 2017) – on Panorama Records – have both reached top ten in Jazz radio play nationwide. He is  co-leader of the Stryker / Slagle Band and their last release in 2015  ‘Routes’ (which features an expanded band line-up and four horn arrangements), was nominated for a Grammy in 2016. Steve’s 2013 recording  ‘Evensong’ was chosen top recordings of 2013 by Jazz Times. His latest recording ‘Spirit Calls’ features his flute artistry.

“Scenes, Songs and Solo’s” (Schaffner Press), is Steves first book on composition and improvisation and was released in 2012. This book points his direction for young players as well as containing many of his compositions and ideas on music.

Steve is a long time endorser of Paris’s Vandoren (Dansr) Reeds. His first recording as a leader was on Japans Polydor Label and he continues that relationship as endorser of Yanagisawa saxophones from Japan.

Steve  served on the faculty of Manhattan School of Music for 21 years as well as associations with Rutgers University, NYU, New School in NYC, William Paterson, NJ and Suny Purchase as well as master classes and clinics world wide. He lives with his wife and two daughters in ‘Alto Manhattan’.