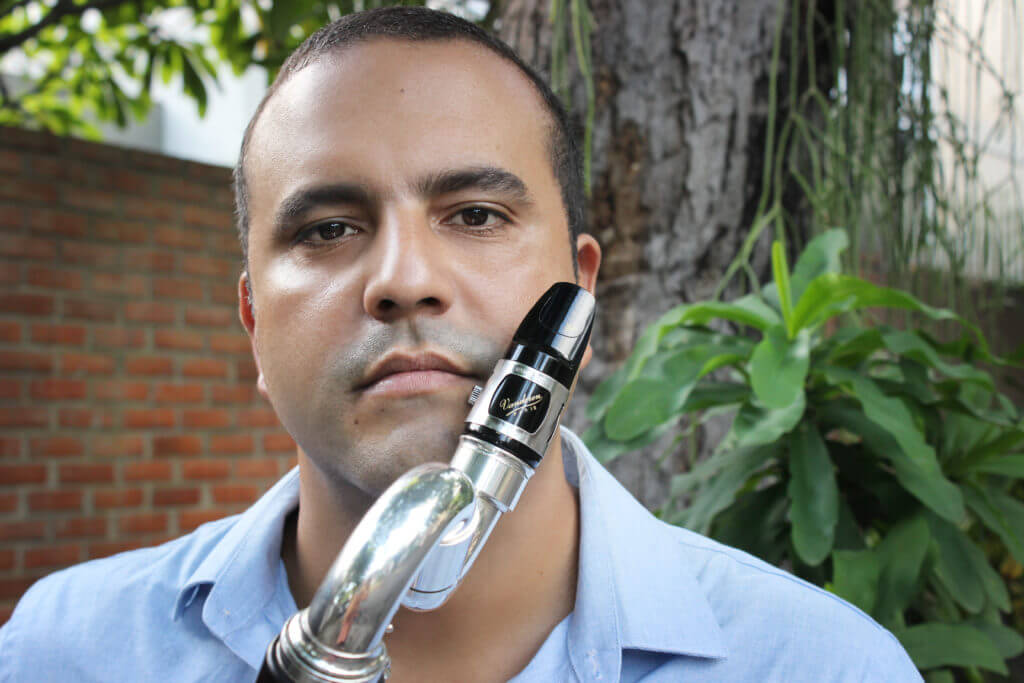 THIAGO PLAYS FOR THE BASS CLARINET VANDOREN B40 MOUTHPIECE, V12 N°3,5 OR N°4, OR TRADITIONAL N°3,5 OR N°4 REEDS AND OPTIMUM LIGATURE

Born in Niterói, he began to study the clarinet at age 13, in 1994, in the São Vicente de Paulo School Band. In the same year, he began his studies with Cristiano Alves, with whom he later completed his bachelor’s degree in clarinet by UFRJ. He attended the eight terms of the UFRJ technical course under the guidance of José Freitas. He got a Master’s degree at the Rotterdam Conservatory in Bass Clarinet with Prof. Henri Bok.

At the age of 17, he began to participate in the Brazilian Symphony Orchestra and, at the age of 18, went on to perform as the first clarinet in the Youth Brazilian Symphony Orchestra, an orchestra with which he performed as a soloist in the Sala Cecília Meireles, Rio de Janeiro. In 2003, at the age of 22, he joined the BSO playing clarinet, e-flat clarinet and bass clarinet. He acted as the first BSO clarinetist from 2005 to 2007.

He has more than 25 works dedicated to him.

In 2017 he was soloist of the Double Concerto for bass clarinets by the composer Jonathan Russell with the bass clarinetist Tiago Teixera, with the National Symphony Orchestra.

He was professor of bass clarinet in the extension course at the Federal University of Rio de Janeiro in 2016.

He has taught bass clarinet master classes at various universities in Brazil (USP, UNICAMP and UFRJ) for bass clarinet students and composition students.