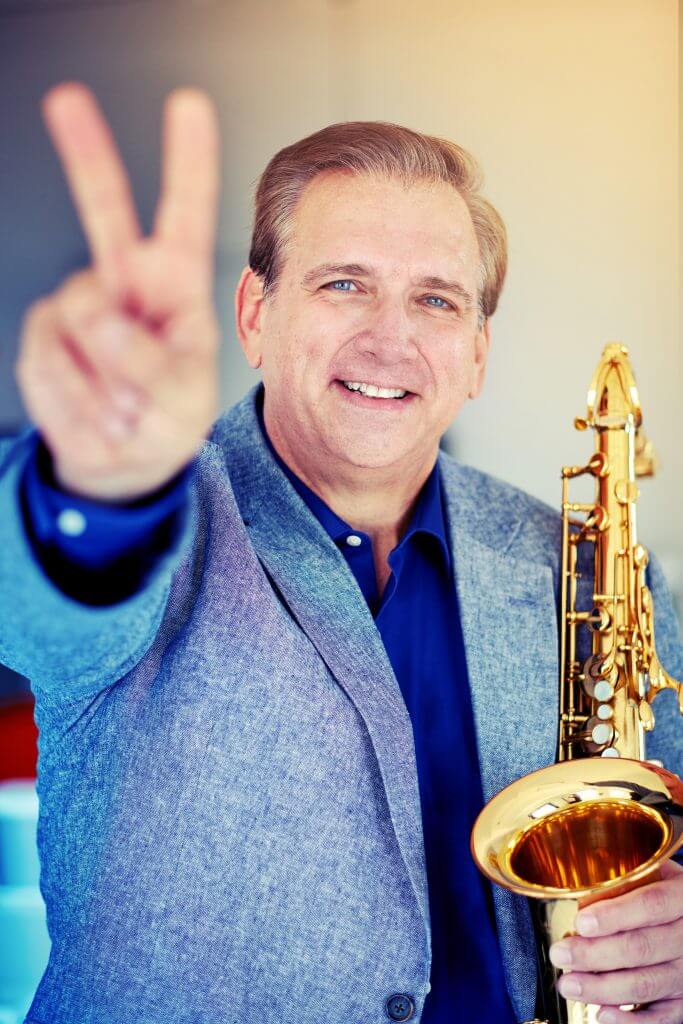 Mike Tomaro has been the Director of Jazz Studies at Duquesne University in Pittsburgh, PA since 1997. This saxophonist, flutist, clarinetist, composer, arranger and educator earned his B.S. degree in Music Edu­cation from Duquesne University and his M.A. degree in Saxophone Perfor­mance from George Mason University in Fairfax, VA. Prior to his appointment at Duquesne, he lived in the Washington, D.C. area for seventeen years as a member of the Army Blues Jazz Ensemble, a unit of the prestigious “Pershing’s Own” U.S. Army Band. While a member of this group, he served as its Enlisted Musical Director and performed for Presidents Reagan, Bush and Clinton as well as heads of state from around the world. He also composed and/or arranged much of the Army Blues repertoire and was featured as a soloist on several of the group’s albums and CDs. Mike is a Yamaha Performing Artist and endorses Vandoren reeds, mouthpieces and ligatures exclusively.

Mike has four nationally released recordings under his own name that showcase his talents as both performer and writer – “Forgotten Dreams” (Seabreeze Jazz), “Dancing Eyes” (Seabreeze Jazz), and “Home Again” (Positive Music). His latest CD, “Nightowl Suite” (Seabreeze Jazz), features his compositions and arrangements as performed by the Three Rivers Jazz Orchestra, a group that he co-founded. Additionally, Mike has also been featured on many other CDs as performer and/or arranger, most notably on Nancy Wilson’s last two Grammy Award winning releases, “Turned To Blue” and “RSVP,” New York Voices, “A Day Like This,” Sheryl Bailey’s “A New Promise” and the 21st Century Swing Band’s “Pittsburgh Jazz Legacy,” all on the MCG Jazz label. On the last two releases, Mike is prominently featured as the main arranger as well as a soloist.

Mike’s music has been performed by the likes of jazz greats David Liebman, Wayne Bergeron, Ivan Lins, Claudio Roditi, Mike Stern, Ernie Watts, Bobby Shew, Randy Brecker, New York Voices, Al Vizzutti, and many more, as well as high schools, colleges and universities around the world. His orchestral arrangements have been performed by the Pittsburgh and National Symphony Orchestras. Over one hundred fifty of his compositions and arrangements have been published by Doug Beach Music, Hal Leonard Publications, and Walrus Music. Mike also recently scored all the music for MCG/Opera Theater of Pittsburgh’s production of Duke Ellington’s musical “Beggar’s Holiday.”

As a performer, Mike has worked with such diverse artists and groups as Rosemary Clooney, Ray Charles, Michael Feinstein, Linda Ronstadt, Debby Boone, Johnny Mathis, Wayne Bergeron, Terence Blanchard, Louis Bellson, Terry Gibbs, Dizzy Gillespie Tribute Big Band, Woody Herman Orchestra and the Smithsonian Jazz Masterworks Orchestra, where he is featured on their latest DVD, “Live at MCG.” In his hometown, he is a member of the Pittsburgh Jazz Legacy Band, and has performed with guitarist Joe Negri, Pittsburgh Symphony, River City Brass Band, Pittsburgh Ballet and Pittsburgh New Music Ensemble in addition to leading his own small groups and the aforementioned Three Rivers Jazz Orchestra. He is also a member and co-artistic director (with trumpeter Sean Jones) of the newly formed Pittsburgh Jazz Orchestra.

Additionally, Mike has co-authored the textbook “Instrumental Jazz Arranging: A Comprehensive and Practical Guide” (Hal Leonard Publications), with his long-time mentor, Dr. John Wilson, who was Director of Jazz Studies at Duquesne University from 1972-1996.

Mike was associated for many years with the now defunct International Association for Jazz Education and is currently affiliated with the American Society of Composers, Authors and Publishers where he has received an ASCAP Plus award for the past eight years, the National Academy of Recording Arts and Sciences, Music Educators National Conference and the newly formed Jazz Education Network. Mike is in great demand both nationally and internationally as a guest soloist, adjudica­tor, and clinician.