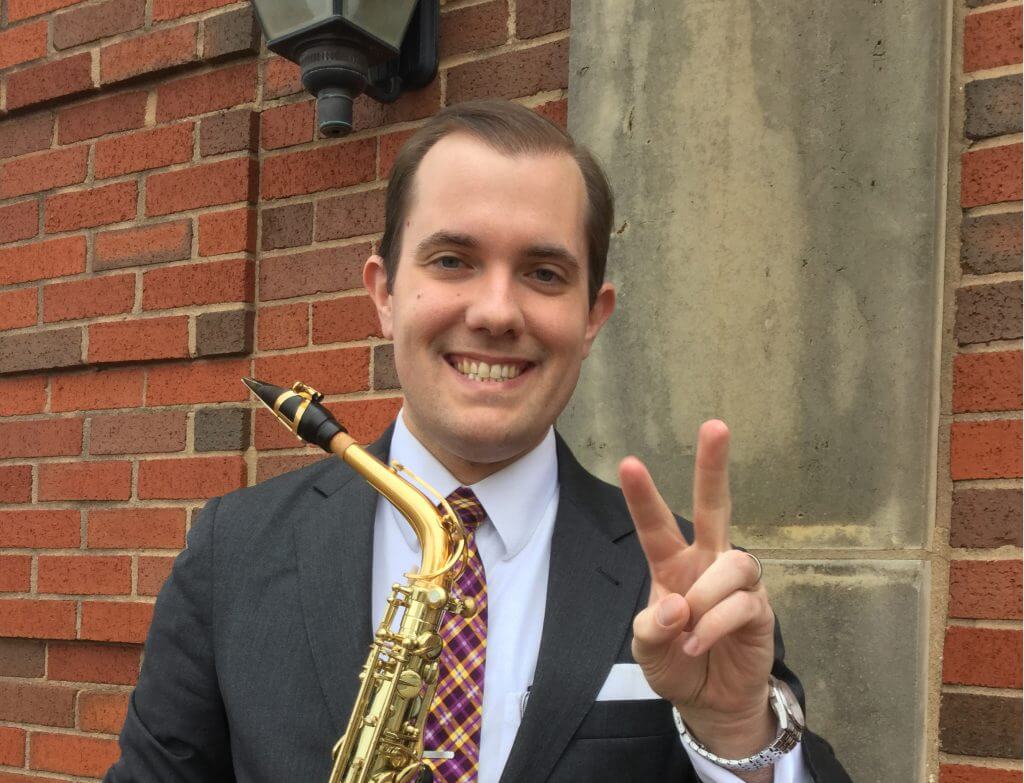 Andrew J. Allen is “a master of all sizes of saxophone.” (The Instrumentalist, April 2018) In response to his New York solo debut, the Examiner opined that he had “performed brilliantly,” and the Wichita Falls Times-Record News has praised the «savory warmth” of his tone, while The Saxophonist has lauded his «virtuosic saxophone performance.»   In demand as a soloist and chamber musician, Allen has performed throughout the United States, Canada, Great Britain, France, and Croatia. As a concerto soloist, he has appeared with the Wichita Falls Symphony Orchestra, the Oklahoma State University Chamber Orchestra, the University of Arkansas Wind Symphony, and the Midwestern State University Wind Ensemble and Percussion Ensemble. More than two dozen works have been commissioned and premiered by him from such composers as François Rossé, Robert Lemay, Fang Man, Jesse Jones, Greg Simon, and Jay Batzner.  His first album, Step Inside: New American Music for Saxophone and Percussion (recorded with percussionist Gordon Hicken), is now available through Equilibrium Recordings.

Allen is one of the most active researchers and public pedagogues of the saxophone today.  His articles have appeared in The Instrumentalist, Teaching Music, The Saxophone Symposium, Saxophone Today, The NACWPI Journal, JazzEd, and School Band and Orchestra, among many other publications.  Allen has lectured throughout the United States and abroad, and has presented clinics at music education conferences throughout the country, including the Texas Music Education Association Convention.  He is editor of the NACWPI Journal and serves on the editorial board of The Saxophone Symposium.

Andrew J. Allen is an assistant professor of music at Georgia College & State University.  He has previously served on the faculties of Midwestern State University, Valley City State University, and Claflin University; and he holds degrees from Tennessee Technological University, Central Michigan University, and the University of South Carolina.  His primary teachers include Phil Barham, John Nichol, and Clifford Leaman, and he has received additional instruction from Joseph Lulloff at the Brevard Music Center, and Claude Delangle, Vincent David, and Arno Bornkamp at the European University of Saxophone.  Allen is a Conn-Selmer Artist-Clinician and a Vandoren Performing Artist and he performs exclusively on Selmer Paris saxophones and Vandoren mouthpieces, reeds, and ligatures.