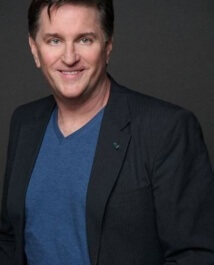 Even for a successful composer and arranger in Hollywood, Gordon Goodwin’s numbers are impressive: A 2006 GRAMMY Award for his Instrumental Arrangement of “Incredits” from the Pixar film The Incredibles, three Emmy Awards, and thirteen GRAMMY nominations.

Here’s another impressive number to add to the list: eighteen. As in the number of musicians in Gordon Goodwin’s Big Phat Band, one of the most exciting large jazz ensembles on the planet. Populated by L.A.’s finest players, the Big Phat Band takes the big band tradition into the new millennium with a contemporary, highly original sound featuring Goodwin’s witty, intricate, and hard-swinging compositions in a veritable grab bag of styles: swing, Latin, blues, classical, rock and more.

A steady, persistent audio diet of the giants of jazz, pop, rock and funk has nourished Goodwin’s being since childhood. Count Basie, Duke Ellington, Buddy Rich, Thad Jones and Mel Lewis, Earth, Wind and Fire, and Tower of Power, among many others, filled the well for the music his band makes today. And like those other bands, Goodwin’s music is nothing less than astonishing when experienced live.

Goodwin’s ability to combine jazz excellence with any musical style makes his writing appealing to fans across the spectrum. That’s why both beboppers and headbangers dig Gordon Goodwin’s Big Phat Band.

The band’s second album, XXL (Silverline Records), was released on DVD-Audio and compact disc in 2003. Charting its first week, XXL garnered three GRAMMY nominations for Best Large Jazz Ensemble Album, Best Instrumental Composition (“Hunting Wabbits”) and Best Instrumental Arrangement with Vocals (“Comes Love” with Brian McKnight and Take 6), while winning the Surround Sound Award for “Best Made for Surround Sound Title.” The list of guest artists matched the high quality of the first release and featured, among others, Johnny Mathis and the incomparable Michael Brecker.

Released in September 2008, the Big Phat Band’s fourth recording, Act Your Age, far outsold every other big band record in its path. Produced by acclaimed guitarist Lee Ritenour, it featured a host of terrific guests including Patti Austin, Chick Corea, Dave Grusin and even Ritenour himself, plus a special appearance by the late pianist Art Tatum on a stunning performance that had jaws dropping right and left. The critically acclaimed Act Your Age garnered three GRAMMY nominations.

Goodwin’s cinematic scoring and orchestration craft can be heard on such films as The Sorcerer’s Apprentice, Escape to Witch Mountain, Get Smart, Glory Road, National Treasure, The Incredibles, Remember The Titans, Armageddon, The Majestic, Con Air, Gone In 60 Seconds, Enemy of the State, Star Trek Nemesis and even the classic cult film Attack Of The Killer Tomatoes. Goodwin’s soundtrack to Looney Tunes’ Bah HumDuck! – a wacky Bugs Bunny and Daffy Duck riff on the classic A Christmas Carol – also features the Big Phat Band’s patented sound.

Gordon Goodwin’s Big Phat Band joins Telarc International, a division of Concord Music Group, with the April 12, 2011 release of That’s How We Roll. The band’s first CD in over two and a half years features 10 new Goodwin originals and the Gershwin classic “Rhapsody in Blue.” Special guests include Gerald Albright, Dave Koz, Marcus Miller and Take 6.