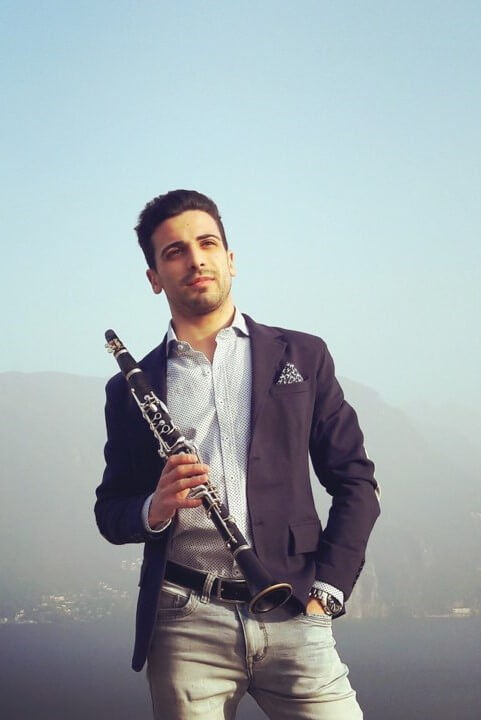 Antonio Capolupo won the solo clarinet position at the Bruxelles Opera House “La Monnaie” Opéra National de Belgique in 2016 where currently he is principal clarinet ; previously winner of the first clarinet audition at the Belgian National Opera in 2015 and at the Malmo Symphony Orchestra in Sweden in 2014.

He graduated with highest honors at the “G. Verdi” Conservatory of Turin; then he completed his studies at the Santa Cecilia National Academy of Rome with M° Alessandro Carbonare.

In January 2019 he made his debut as a soloist at Bozar Palais des Beaux-Arts in Bruxelles, playing for the world premiere of a piece dedicated to him by the well known Spanish composer Mauricio Sotelo, under the baton of Alain Altinoglu.

He also collaborated with the Royal Concertgebouw Orchestra of Amsterdam as second clarinet, Opera of Toulon in France as soloist and first clarinet, Suisse Romande Orchestra of Geneva, Bozen Haydn Symphony.

Orchestra and Teatro Regio of Turin.