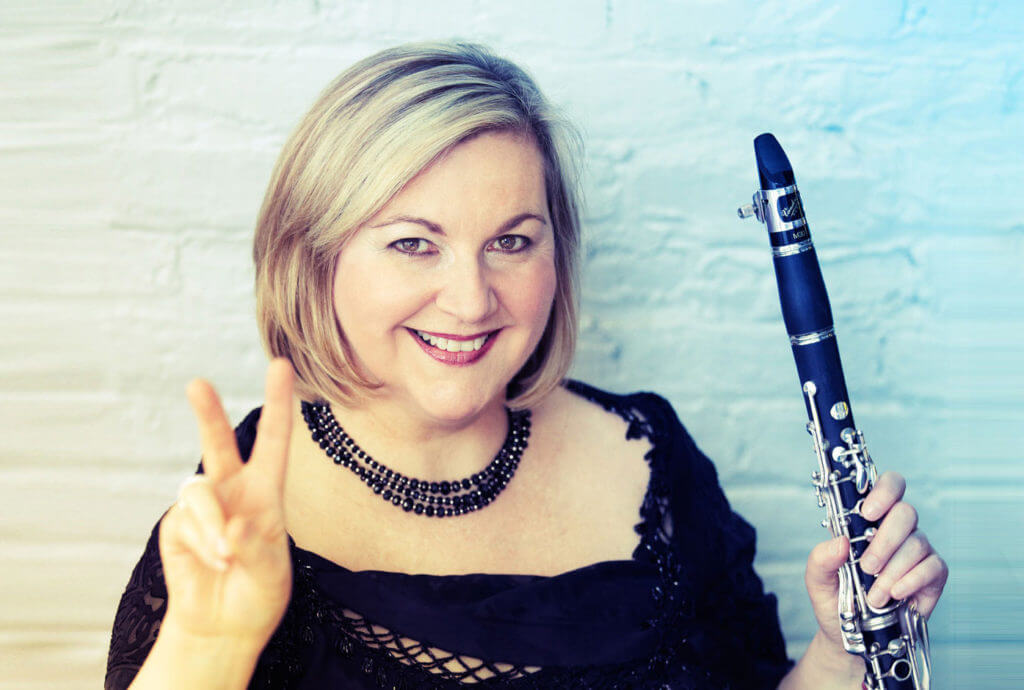 Caroline Hartig is Professor of Clarinet at The Ohio State University and presently serves as President of the International Clarinet Association (ICA).

Hartig has performed as a guest artist for the International Clarinet Association and has been heard on National Public Radio’s Morning Edition. She may be heard on the solo compact disc Clarinet Brilliante (Centaur Records #2572) honored as a “Critics’ Choice” by the American Record Guide stating; “Hartig dazzles with numbing, blazing fluidity and rich, luxuriant fervor … coiled virtuosity.” In an Overview of Woodwind Recordings, ARG cited Clarinet Brilliante as one of the “best of the best” for the performance of clarinet solo recital literature along with legendary clarinetists, Harold Wright, David Shifrin and Ricardo Morales. “For some sweet-sounding barnburners, Caroline Hartig weaves a spellbinding recital.” Also selected as “Editor’s Choice” by Clarinet & Saxophone Magazine of Great Britain, Hartig’s artistry is described as “positively breathtaking in its scope and performance.” Her compact disc Clarinet Brilliante II (Centaur 2808) was praised by American Record Guide noting, “The playing is mastery itself …”

Widely recognized and sought after for numerous new-music collaborations, Hartig has premiered and performed solo clarinet works by leading contemporary composers including Pulitzer-Prize winners William Bolcom and Donald Martino. She can be heard on the compact disc Dancing Solo (Innova 512) featuring the solo and chamber clarinet works of composer Libby Larsen. “It is in Dancing Solo that Ms. Hartig really demonstrates her musicality and prodigious technique … simply virtuosic” (The Clarinet). Additional collaborations with Larsen include the world premiere of “Bally Deux”; a jazz/classical hybrid double concerto composed for Hartig and jazz clarinetist Eddie Daniels for the International ClarinetFest in New Orleans.

Her latest release, CaraClarina : Caroline Hartig plays Classical to Klezmer, Vol. 1, on the Bremen Radio Hall Records label, was recently featured in Fanfare Magazine… “Hartig is, quite simply, an amazing talent, one of the few wind players I’ve heard in the past quarter century who made me like her due to the extraordinarily high quality of her feeling and phrasing.”

Recent appearances include solo performances and master classes at the 8th International Clarinet Festival and Competition in Todi, Italy and as the guest classical clarinetist for Clarinet and Klezmer in the Galilee, Jerusalem, Israel, with concerts in major concert halls throughout Jerusalem and Tel Aviv, culminating with a finale concert at The Holocaust Memorial, Valley of the Communities, Yad Vashem, Israel’s official memorial to the victims of the Holocaust, broadcast live on the radio throughout Israel.