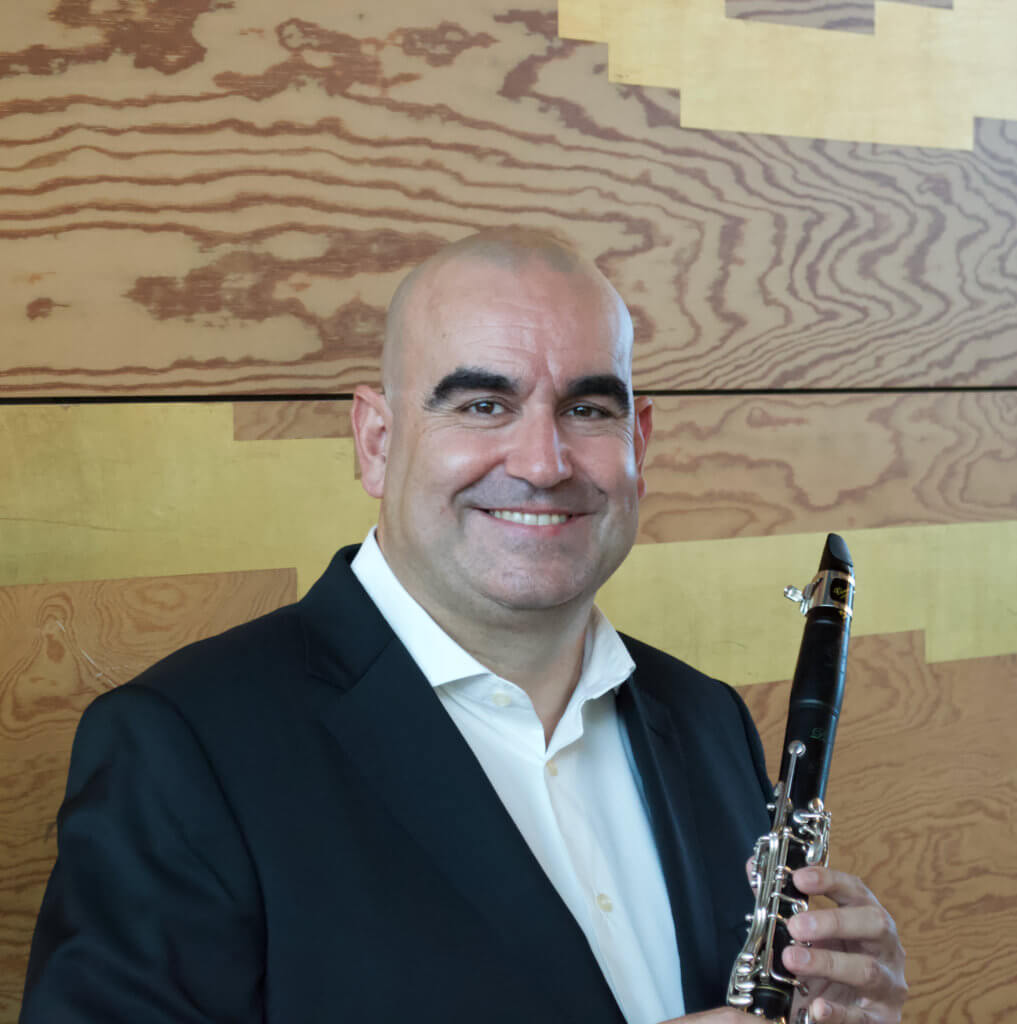 Carlos Piçarra Alves is Associate Principal Clarinet at the Orchestra Sinfónica do Porto Casa da Música, Professor and a Member of the Scientific Council of Escola Superior de Música e Artes Aplicadas de Castelo Branco. He was a Guest Artist at the Arizona State University (US) in 2009 and 2010. He completed the Superior Course at ESMAE, in the class of António Saiote, and obtained the Prix de Perfectionnement à l’Unanimité du jury at the Superior Conservatory of the Versailles Region, in the class of Philipe Cuper. He attended masterclasses with Walter Boykens, Guy Deplus, Philipe Cuper, Guy Dangain, Michel Arringhon, Michel Collins and Paul Meyer.

As part of Guimarães 2012 – European Capital of Culture, in the “Master Pieces” cycle, he was the soloist at the world premiere of Mário Laginha’s Clarinet and Orchestra Concert. In 2013 he was appointed to the Jury of the Directorate-General for the Arts in the area of Music. In 2015, at the Gala Concert of the World Clarinet Congress in Madrid, he was a soloist together with Philippe Cuper and the Symphonic Band of Madrid at the premiere of the work Lara by González Moreno. In 2016 he was the Portuguese soloist in the presentation of the Candidature of Craiova (Romania) the European Capital of Culture, having played solo with the Symphony Orchestra of Ontélia. In 2018 he played solo and recorded on CD the Concerto for clarinet and orchestra by Mário Laginha, with the Gulbenkian Orchestra.

Among his discographic works, this recordings stand out: Concerto for clarinet and orchestra by Mozart (EMI Classics), Quartet for the End of Time by Olivier Messiaen and Contrastes by Béla Bartók (Numérica) and Divine (author edition). In his CD Recital in the West, recorded in the USA (2010) in the company of the renowned pianist Caio Pagano, the american press found the best interpretation of Brahms First Sonata: “This is undoubtedly the best version of Brahms Sonata that I’ve heard”.

Carlos Alves extracts a beautiful and superb sound from the clarinet, with an excellent sense of musical phrasing throughout the work ”(Arizona Republic, July 2010). At the São João National Theater, Carlos Alves performed live Figurantes by Jacinto Lucas Pires and D. Juan de Molière. Also noteworthy is his participation in Sombras, shows staged by Ricardo Pais.

Carlos Piçarra Alves is a Vandoren artist and is considered internationally to be one of the great clarinetists of his generation.