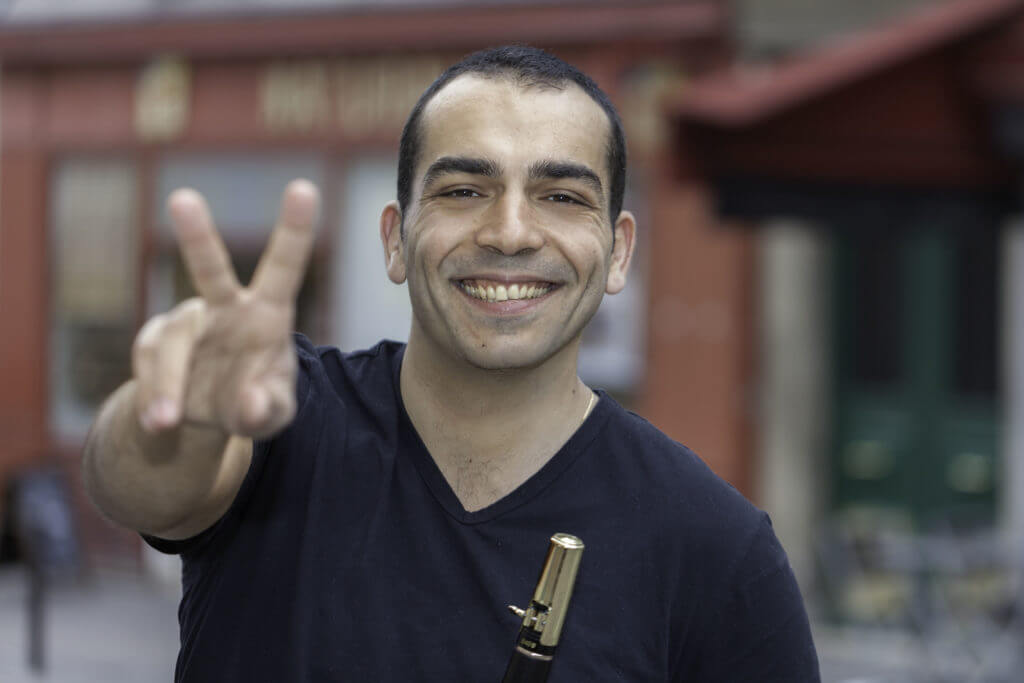 Pierre Genisson belongs to the new generation of the great french woodwind players.
Born in Marseille in 1986, he moved up in Paris when he was 15 years old, to study with Florent Heau before getting into the prestigious « Conservatoire National Supérieur de Musique de Paris ». His teachers were Michel Arrignon assisted by Arnaud Leroy for the clarinet and Jean Sulem for Chamber Music. He succesfully obtained the 1st prize with honors in these two Fields.

While he was at 21 still as student at the Conservatoire, He was appointed Principal Clarinet at the « Orchestre Symphonique de Bretagne » one of the France’s leading orchestra conducted by Lionel Bringuier and Olari Elts.

At the age of 26, Pierre decided to turn a childhood dream into reality by resigning from his orchestral position in Europe and moving to America to focus on a career as a soloist.
He met Yehuda Gilad with whom he has improved his skills for more than 3 years at the University of Southern California in the Artist Diploma Program.

He has already performed with the Deustch Symphonic Orchester-Berlin, Tokyo Philharmonic, Trodheim Symphony, Odense Symphony,  Orchestre de Bretagne, in venues such as Salle Gaveau,Yokosuka Art Center, Danish Konzethous, Theatre National de Bretagne
in 2011, he made his Berlin Debut, playing the Debussy Rhapsodie ans Bruch Double Concert at the Berlin Philharmonie conducted by Krystof Urbansky, and more recently, his Debut in Suntory hall in Tokyo in the Mozart Concert conducted by Charles Neidich, to only name two.

A prizewinner of the 4th Carl Nielsen international Clarinet Competition, He won the 1st prize and the audience prize at the prestigious International clarinet competition of Tokyo « Jacques Lancelot » .
Following this success, he recorded his first CD « Made in France » (label Aparté/Harmonia Mundi) devoted to french sonatas of the XXth century with the pianist David Bismuth.
This recording won many awards in the classical music world such as « Diapason d’or » and 4 «FFFF » by Telerama Magazine (French Time out).