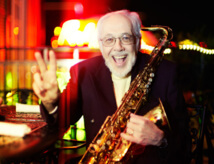 Billy Kerr, a versatile musician, is an accomplished jazz artist, composer, arranger and clinician. Brooklyn-born and raised on Long Island, he completed his studies at the Juilliard School of Music and Queens College receiving a BA in music. His major studies were with Augustin Duques (clarinet), Joseph Allard (clarinet and saxophone) and Thomas Nyfenger (flute). His studies in composition and arranging began at Queens College with John Carisi and continued over the years with Don Sebesky, Manny Album, Jim McNeely, Roger Kellaway, and Vince Mendoza.

After a four-year hitch in the Air Force Band, Billy established a busy career recording for television, films and commercials and gained extensive experience in the Broadway musical theatre.

Billy has performed with a variety of artists covering every musical style. Most notably, they include Liza Minnelli, Frank Sinatra, Tony Bennett, Johnny Mathis, Natalie Cole, Ray Charles, Peter Allen, Henry Mancini, Julie Andrews, Sammy Davis Jr., and Mel Torme. He has also performed with jazz artists such as Phil Woods, Bob Mintzer, the Toshiko Akiyoshi Big Band and The National Jazz Ensemble. Performances with the St. Luke’s Chamber Ensemble and the Brooklyn Philharmonic under distinguished conductors like Gunther Schuller and Lukas Foss show yet another facet of his abilities.

As tenor saxophonist with the New York Saxophone Quartet, Billy has performed in Europe, Japan, Canada and throughout the United States. In addition to concert performances, the Quartet has appeared on the “Tonight Show” and participated in many teaching clinics. The group has recorded several albums, all of which spotlight Billy’s skills as a soloist and writer.

As a composer and arranger, Billy has written for every type of ensemble from duets to big band. For four years he was a member of the BMI Jazz Composers Workshop, which concentrated primarily on the art of composing for big band. His original saxophone quartet “Send In the New Boy” was premiered at the Tenth World Saxophone Congress in Italy in 1992. This piece and several other quartet and octet arrangements written by Billy are published with UNC Jazz Press. His saxophone duet “Conversation for Two Baritones” is published by Opus 102 Music Publishers in Montreal.

In 1995 Billy moved to Montreal, Canada where he continued to work in the theatre, record for the National Film Board and CBC, as well as lead his own jazz quintet. He performed with Charles Dutoit and the Montreal Symphony Orchestra, playing clarinet and a variety of saxophone solos. Billy was the soprano saxophonist in the “Phenix” saxophone quartet, which included his wife, baritone saxophonist Nancy Newman.

Since 2000 Billy has resided in Los Angeles, where he received his Masters degree in Jazz Studies at the University of Southern California. He remains active in L.A., appearing in concerts and recordings with the likes of Bill Holman, Lennie Niehaus, Clare Fischer, and Kurt Elling. Billy plays regularly in bands led by Ron King, Bob Florence, Steve Huffsteter, Kim Richmond, Bruce Eskovitz (BEJO), and singer, Cathy Segal-Garcia. In 2005, Billy was a featured soloist at Festival Jazz en Lima, Peru. While there, he played lead alto with Maria Schneider as well as led his own quartet in a series of concerts. In addition to his busy performing schedule, Billy writes CD reviews for “Saxophone Journal” and is on the faculty of Citrus College and the College of the Canyons.

Billy is a performing artist for Pearl Flutes and Vandoren reeds.