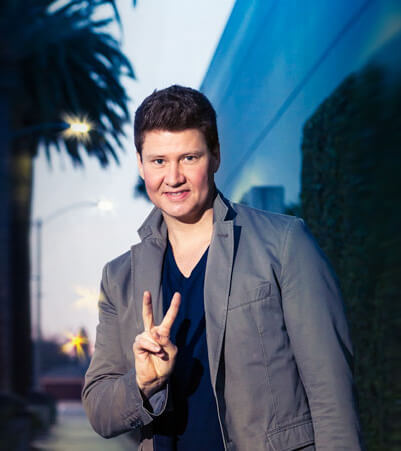 For his seventh CD, saxophonist Michael Lington returns to the basics for an organic, soul-jazz project that recalls the glory days of muscular contemporary jazz unburdened by pop constraints. In the process, Lington tackles his sax like never before on robust solos and memorable melodies, truly stepping outside the box.

The result is Pure (Trippin N Rhythm, Feb. 14), a title that speaks volumes about Lington’s newfound purpose for 2012, which marks 15 years since he released his self-titled debut.

The first single from Pure, “Roadtrip,” which is produced and written by Lington and Brian Culbertson, catapulted to No. 1 at contemporary jazz radio and has a guest appearance by Lee Ritenour, who lays down some searing guitars. The meeting of the two was more than 20 years in the making, as Lington met Ritenour at age 17 when the guitarist performed in Lington’s native Copenhagen, Denmark. “Here we are all these years later, and he’s recording on my album,” Lington says. “Imagine if I told him back then that one day would be playing on my record. He would have thought I was a lunatic.”

Another superstar, Grammy Award-winning vocalist Michael Bolton, joins Lington on a fresh take of “Shotgun.” It’s a fun, spirited cover centered on Bolton’s strong vocals, a new-but-familiar arrangement and the guitars of veteran studio musicians Paul Jackson Jr. and Michael Thompson. The CD’s only other cover, Bill Withers’ “Lovely Day,” is enhanced by the deep and full voice of Kenya Hathaway on harmony and background vocals.

As its title makes clear, Pure is the real deal: real instruments, recorded live in the studio with a top-notch group of musicians and producers. “I used musicians and producers I haven’t used before, which gives the music a new flavor,” Lington says. They include keyboardist Jeff Babko, a member of the Jimmy Kimmel Live! band who co-wrote and produced a few tracks, drummer Victor Indrizzio, guitarist Chris Bruce (who along with Babko performs with Sheryl Crow) and bassist Kaveh Rastegar, who recently worked with Cee Lo Green. The new players mesh with those who Lington has leaned on before.

“Instead of a pop album, I wanted to try something a little different,” Lington says. “The songwriting process was improvisational. We had no ideas to begin with; we sat in the studio and whatever came out, came out.”

Lington recorded many horn arrangements on Pure, more than any previous work. “Playtime” (with guitarist Jeff Golub) has a punchy, in-your-face-type brassiness reminiscent of Earth, Wind and Fire, while “Lower East Side” offers a more laid-back, sexy arrangement recalling the smooth sounds of Steely Dan.

With “The Serenade,”Lington’s fondness for the old Motown groove comes alive. “From a pure songwriting perspective, I’m really excited about this song. At this moment in time, it’s the song that I’m most proud of.” The song boasts bassist Ricky Minor and the Tonight Show band.

Pure also features “Like Old Times,” another Lington-Culbertson collaboration featuring Ray Parker Jr. on guitar, the party vibe tune of “Come on Over” and the smoldering “A Simpler Time,” which features South African guitarist Jonathan Butler.

Lington has been a familiar face on contemporary jazz since his self titled major-label debut in 1997. Subsequent CDs include Vivid, Everything Must Change,Stay With Me, A Song for You and Heat, the latter which reached Top 5 on Billboard’s Contemporary Jazz chart and was chosen as JazzTrax’s Album of the Year. The lead track, “You and I,” was a No. 1 single, making it his 11th radio hit.

A native of Denmark, Lington is the grandson of Danish band leader Otto Lington. He played in the famed Tivoli Boys Guard at early age, later playing for the Queen’s 50th birthday celebration. He celebrated his 40th birthday with a performance for Prince Henrik of Denmark in celebration of the Prince Henrik’s own 75th birthday. Lington is no stranger to royalty as it was his third time performing for the Danish royal family. He performed in his hometown of Copenhagen for the Queen’s 50th birthday celebration in 1990, and also at the wedding reception of Crown Prince Frederik and Australian Mary Elizabeth Donaldson in 2004.

It was in 1990 that Lington moved to Los Angeles, becoming a U.S. citizen in 2008. He got his musical start in Bobby Caldwell’s band and later toured for three years with jazz and R&B legend Randy Crawford. The saxophonist has always been first-call for musical superstars. He’s opened arena shows for Barry Manilow and recently spent 36 months on tour with Bolton as his special guest. The tour exposed Lington to a new audience, as he played 300 shows in 45 countries in front of more than 1 million people. One of the tour’s many highlights for Lington was performing in London’s famed Royal Albert Hall and also performing and meeting former President Bill Clinton at a special show at the Kuwait embassy.

Lington will be touring the world for 2013, continuing promoting Pure, and recording new music for his forthcoming CD, slated for release in spring of 2014. When not recording or performing, he manages his own cigar company: Michael Lington Cigars.