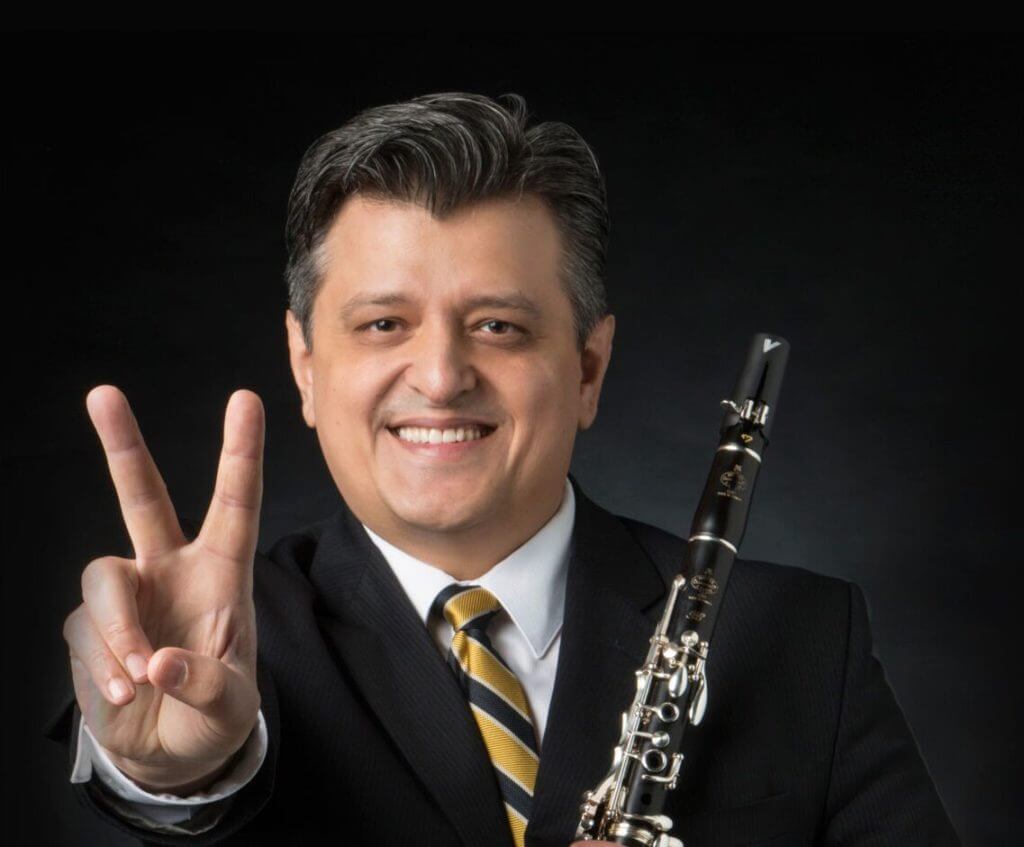 Tangarov received his Doctor of Musical Arts degree from The University of Texas at Austin under the direction of Richard MacDowell. He has also received instruction from musicians such as Aurelian Octav Popa, Rumania, and Gerald Pahinger, principal clarinetist of Vienna Symphony. Tangarov’s solo appearances include recitals at the 2018 Neo-Path International Festival; the 10th Aniversary Season Bulgarian Concert Evenings at New York, 2015, a solo recital at the Bulgarian Embassy in Washington DC; many performances at the 2018, 2017, 2016, 2014, and 2010 International Clarinet Fests in Ostende, Belgium; Orlando, Florida, Lawrence, Kansas, Baton Rouge, Louisiana, and Austin, TX , as well as a performance at the opening ceremony of the 2014 International Plovdiv Chamber Music Competition in Bulgaria. Tangarov’s performance of Bela Bartok’s Contrasts with the violinist Elmira Darvarova, a former concertmaster of the Metropolitan Opera, New York, and Bojidar Noev, the former head of the piano department of Innsbruck, Austria, was broadcasted for the Bulgarian National Radio.