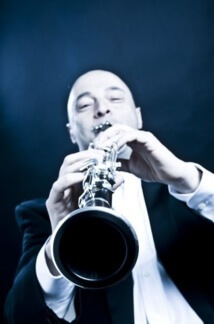 Giampietro Giumento, was born in Arcinazzo Romano (Rome). He graduated at Conservatory “Licinio Refice” of Frosinone.

Actually he holds the chair of clarinet at the State Conservatory of Music “Lorenzo Perosi”of Campobasso.